Anti-fracking activists have been known to spread misinformation a time or two to distort the discussion on domestic energy production in their favor. That’s a fact demonstrated in films like Gasland or even more recently when Keep-It-In-the-Ground protesters faked getting hit by an SUV at a Bureau of Land Management meeting in Colorado. But those examples don’t even come close to what the New Jersey Sierra Club did this week when it released a press release claiming the PennEast Pipeline Co. submitted an alternative route for its proposed 118-mile natural gas pipeline.

The statement looks pretty legit considering the group even created a map of the new pathway for the pipeline, but spoiler alert: the alternative route doesn’t exist.

Yes, it would appear N.J. Sierra Club has taken a page right out of PennEnvironment’s playbook that a picture is worth a thousand words. Recall that Pakistani rig the latter group group claimed was under water in Pennsylvania during Hurricane Lee? 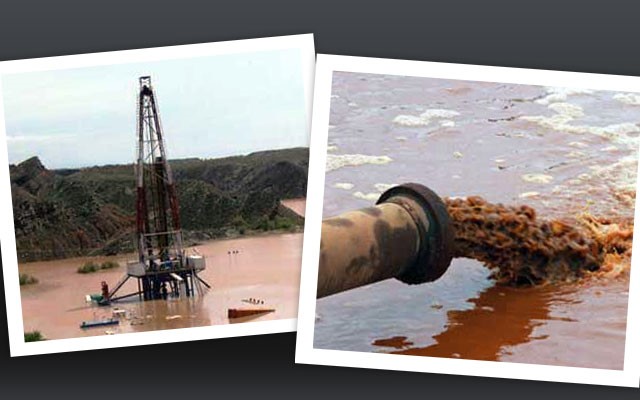 But we digress. The press release hasn’t been posted on the group’s website yet, but EID obtained a copy of it that can be found here. Here are some of the highlights:

The day before Thanksgiving PennEast has proposed an alternative route for their proposed pipeline to the FERC Docket.”

“PennEast’s new alternative 20-mile route targets central Bucks County, including areas like New Hope, Washington’s Crossing, Solebury, Newton and more. This would cause much more environmental devastation and destruction along the way. The longer route means more wetlands and streams will be disrupted and polluted by drilling. Places like Delaware Township and Holland Twp. will see more HDD since PennEast can now use permit-by-rule instead of individual permits. The addition of two more River crossings creates twice as much chance for pollution and degradation to the Delaware,” said Jeff Tittel, Director of the New Jersey Sierra Club. “This route will mean more people put in harm’s way and more waterways being threatened. We’re going to need more people from the Pennsylvania side to join us in our fight against this pipeline. If we want to stop PennEast we have to stand together.” (emphasis added)

And while the actual press release has not yet been added to the group’s website, Tittel’s statements from it have appeared in The Express-Times this week:

“FERC reopened the docket on their DEIS recently because of the games they were playing by rerouting the project after public comment was closed,” the club’s executive director, Jeff Tittel, said in a news release. “They made these changes after the close of public comment without the ability for anyone to review or comment on these changes. … The FERC DEIS is fatally flawed and they cannot meet the regulatory requirements for water quality permits. The pipeline will destroy the Delaware Valley and change the landscape forever.”

Tittel certainly makes his appeal sound dire, but fortunately for him none of his worries are founded. From the PennEast response to these claims:

“PennEast has not submitted route alternatives since the end of September, when it announced 33 route modifications largely in response to input from landowners, agencies and others. This is the latest example of the New Jersey Sierra Club and its director, Jeff Tittel, spreading misinformation, deceiving communities and making inflammatory statements about the Project,” said Pat Kornick, PennEast spokesperson. “The irresponsible release might bode well for Sierra Club fundraising, though such questionable credibility hinders honest, factual dialogue about the Project.” (emphasis added)

Kornick goes on to offer some pretty logical explanations for why such claims from Tittel are so far-fetched:

“It is clear that PennEast has NOT recommended submitting the route to which Jeff Tittel refers, and while disconcerting, it is not surprising that he would mischaracterize it this way,” said Kornick. “When other mitigation measures are available, it is ludicrous to suggest that PennEast would propose adding 20 miles to the length of the Project and to cross the Delaware River not once, but twice. He either was sloppy in his reading of PennEast’s response or he intentionally misrepresented it. Either scenario demonstrates that neither he nor the New Jersey Sierra Club can be trusted as a credible source, particularly regarding the PennEast Pipeline.” (emphasis added)

But that logic wouldn’t matter to the Sierra Club. Nor does it matter to the Sierra Club that the Federal Energy Regulatory Commission (FERC) released an Environmental Impact analysis finding that any potential impacts would be “less than significant.” Or that the project is “expected to generate more than $1.6 billion in short-term economic impact, followed by hundreds of millions in annual savings to electric and natural gas customers.” After all, as Tittel said in the press release and to The Intelligencer:

“He stressed that the Sierra Club opposes any route for the pipeline.

‘PennEast keeps coming up with more options for this dangerous and unneeded pipeline but the only option should be no-build.’”

In reality, this opposition at all costs — and no matter the solutions offered — is part of a larger movement highlighted just this week when Lena Moffitt, director of the Sierra Club’s Dirty Fuels campaign, explained in a Bloomberg article:

In the meantime, states like New Jersey and those further north in New England are fighting increasing costs each winter due to fuel shortages — all because a few fringe activists have the hopes that maybe renewables will be ready if they just hold the rest of the country hostage a few more years.