Last night there was a rather interesting town board meeting in the Town of Smithville, New York, Chenango County.  The town board agreed to let a couple speakers (one from each side of the natural gas development debate) come in and speak. The first person to present was a peak oil activist, newsletter editor and “retired geologist,” Brian Brock, from Franklin, New York (he’s apparently been “retired” a long time as he is not listed in any professional group’s database).  The second speaker was Neil Guiles, owner of Vestal Asphalt. Both speakers took questions from board members and the audience after their presentations.  Guiles was, hands down, the winner of this informal debate.

Brock Presents a Blast from the Past

The first to speak, Brock, was against natural gas development.  Common sense might suggest someone worried about peak oil would want to develop new resources, but, of course, that wasn’t to be.  Brock is a committed anti-natural gas activist who spends most of his time talking about pipelines and other non-geologic subjects.  He was asked some good questions by the audience after he made some rather astounding claims.

First, he said he had traveled to Pennsylvania and had seen open pits, suggesting New York State doesn’t need to have open pits. Everyone, clearly, agreed with his statement and so did the Department of Environmental Conservation when the agency rejected them in the Supplemental Generic Environmental Impact Statement.

The first question he was asked came from one of the town’s board members who wondered, as did many others, why his slides were dated from 2009. Brock’s response was because he has been giving the presentation since 2009. Okay, that’s great, but why wouldn’t he update them to reflect current advances and practices? The audience wondered the same and called him out on his out-dated observations.

In fact, if Brock was traveling through the Northern Tier of Pennsylvania, he wouldn’t have seen any open pits. He likely saw fresh water ponds used to store fresh water which is piped to locations to decrease truck traffic. It’s just one of many best management practices that has evolved since 2009 along with closed-loop systems, the audience was quick to remind him of.

He was asked how he felt about New York State’s four year long moratorium. He argued the DEC wasn’t doing enough about methane migration. One of his major concerns was the fault lines in New York. He argued natural gas will travel up the fault lines into people’s drinking water, which has never happened in over a million cases of wells being hydraulically fractured or in New York’s long history of oil and gas development (new York is home to the first commercial natural gas well in the nation).

Then he made the point the methane will travel with or without natural gas development. He then argued cementing was the issue and talked about companies using two strings of casing.  So 2009 again–companies now use three to five strings and the SGEIS requires a minimum of three. 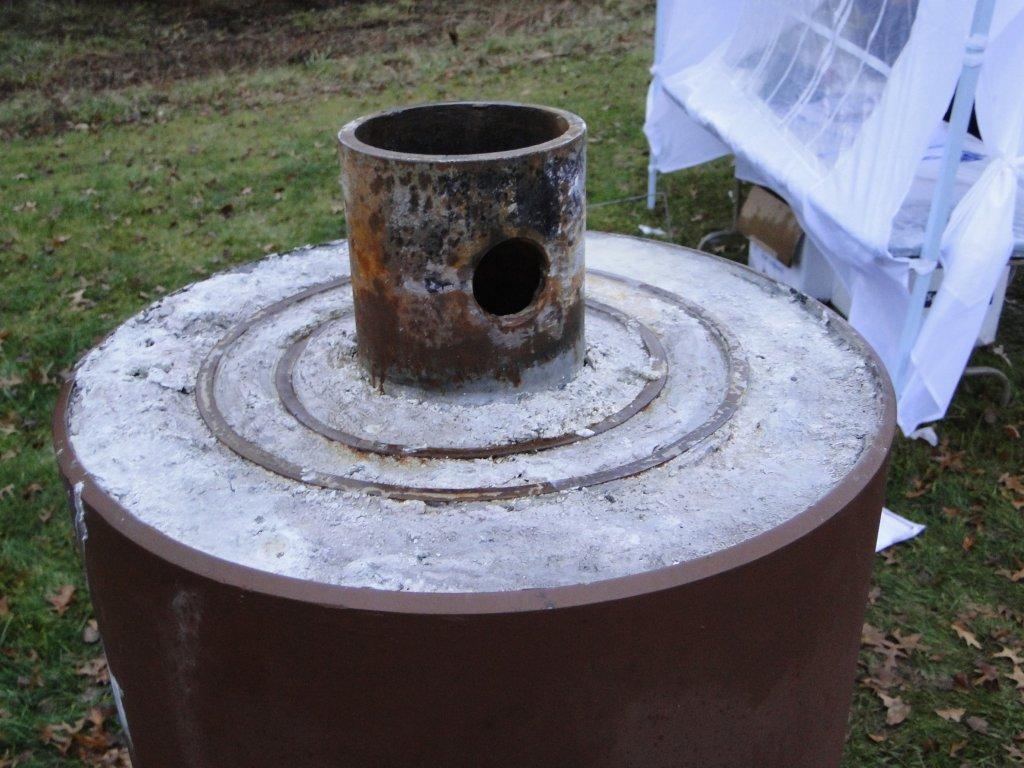 Another woman also asked about the flaming faucets in New York to which he again confirmed methane is naturally in the water and has been for ages. Is your head spinning from all of the flip flopping too?

You can watch this section of the meeting in the video below.

Next a woman against natural gas development asked him to discuss radioactivity in the Marcellus Shale. He answers by telling her the DEC says every company needs a plan on disposal and treatment. Then he mentions the companies don’t have plans in place because it is too soon to plan it. How can we argue that? Why would a company have a plan in place (spending time and resources researching and composing a plan) when they don’t even know if they will be allowed to develop the Marcellus Shale in New York State?

Informally companies are considering their disposal options. Fortunately, another of those new advances, which will also be required by the DEC, means companies are considering their disposal options and the clear winner is closed-loop systems. In this practice, companies ensure no waste materials see the light of day  the water recovered from the hydraulic fracturing process is recycled, mixed with fresh water, and used again on the next well.

The next absurd statement he made was New York State doesn’t have regulations for natural gas development. He said the recommendations of SGEIS are bad and won’t effectively regulate the industry but, earlier, he admits the SGEIS is very lengthy. Bryant La Tourette debunked the entire presentation when he pointed out the inaccuracies of Brock’s casing plans, and then asked Brock if he had even read the SGEIS.

Brock’s response? No, he hadn’t. And, that’s when La Tourette kindly asked him to stop speculating the regulations will not be strong enough. How can you claim to have an expertise and talk as if you’re familiar with the regulations put forth in a document, if you haven’t even read them? Is this really what the debate has come to? Unfortunately it is.

You can watch this correspondence in the following video.

Neil Guiles Focusing on the Present and the Future

Guiles happily employs 150-200 professional local people who now have good paying jobs, benefits, and the money in their pockets stays local. One day he hopes to see more children returning to the southern tier and making a living where they grew up, as his own were able to do.

The company gives back to the community through donations to parks, fire departments, churches and nonprofit organizations, which it can do now because it is financially stable thanks to its work with the natural gas industry.

Following his presentation, Guiles also took questions from the audience. He discussed the kinds of jobs they have offered and the amount those jobs pay. Vic Furman addressed the matter of the Holiday Inn in Binghamton, New York and its dependence on natural gas business (another venue Guiles had spoke at). He mentioned the great business they are seeing from having natural gas across the border.

Mike Bernard (husband of Green Party leader Mary Jo Long), of course, had to get an irrelevant question in, too. He asked Guiles what a town would do if they had a road use agreement and Norse Energy didn’t agree to it. Clearly, this was the kind of speculative question for which neither Guiles, nor anyone else could possibly have an answer, except to say the town always has the option to impose road standards by local law and it is that possibility that helps ensure cooperation on road use agreements. Guiles did say the roads are fixed with or without the agreements because the companies want to be good neighbors, and the evidence is overwhelming this is the case everywhere throughout the region (see examples here, here and here).

Another woman asked about a boom and bust cycle. Guiles said his company hadn’t seen that and he hasn’t had to cut many people off his staff. He argued the presence of the industry has provided him the opportunity to employ several people and establish continuing business relationships while improving his ability to compete for larger work. This helps employees and allows him to give back to the community as well.

The final question to Guiles asked about Nationwide Insurance coming forward and saying they will not insure anyone dealing with the natural gas industry. Guiles told her each company has the ability to choose who they insure and Nationwide has never insured them in the past. He said he is insured through Travelers Insurance and they are very supportive of the natural gas industry.

The meeting ended with much appreciation to all that the board allowed both sides of the natural gas debate to speak. Guiles was received extremely well and he made many great points regarding his business and the natural gas industry.  Even the question and answer session went fairly smoothly and everyone walked out with more knowledge than they had before.  But, let there be no doubt, there was a clear winner in this debate and it was natural gas development, ably represented by Neil Guiles, a local beneficiary of it.