Snow Dance Worked But Science Behind It Doesn’t

A couple of weeks ago anti-fracking activists thought it would be amusing to host “Dance for Snow” events around Colorado to try and take advantage of a dry winter in Colorado. Participants were encouraged to register their events on 350.org, but as of now just one is listed in Denver.

Ironically, between the time they posted their promotional video and their event this weekend, Denver and the state of Colorado have been locked in cold spell with Denver receiving around 5” of snow this week, and another 2” expected tonight, with about 2-6” expected to fall Saturday morning in the Denver metro area. In the mountains, in places like Wolf Creek, 38” of snow came down in the last 72 hours this week, adding to Colorado’s snowpack.

If it snowed because of their dance, then we owe them a big thank you!

This isn’t the first time that activists have been treated to snow and cold conditions when trying to make their point. Recall the climate march last year, or the protest at the Lakewood office of the Bureau of Land Management (BLM), and in Boulder, CU Denver fossil fuel divestment activists protested by camping out in tents on top of snow.

Par for the course, anti-fracking activists are adding to their strong track record of impeccable timing when it comes to planning these types of climate events that claim fossil fuels development is increasing climate change. Saturday’s “Dance for Snow” event will only add to the list of climate rally fails, as it’s been a chilly (record-breaking cold) and snowy week in Denver.

Getting the Science Wrong:

In the promo video, a great line from “the snow dance” song says, “don’t weigh me down with science, and your constant need for proof.” Although this is meant to be a “silly” promo video, the scary truth is that the basis of the Colorado People’s Climate Justice Platform, which is a major part of the “Dance for Snow” event on Saturday, really does disregard science. 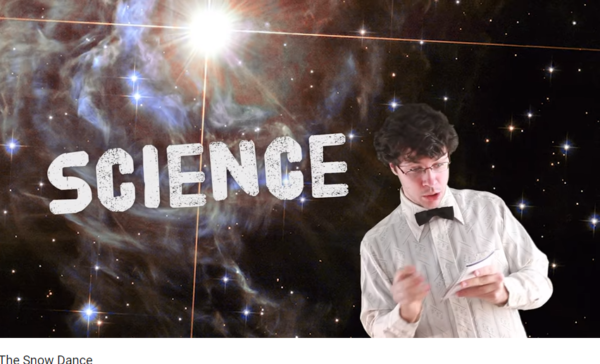 The Colorado’s People’s Climate Justice Platform touts the 2018 Colorado setback ballot initiative, fossil fuel divestment and promotes a rapid shift to a 100 percent renewable platform, all of which do nothing to move the needle on climate change.

Reality check, here in Colorado, a recent EPA report says that oil and gas methane emissions are down 47% in the four corners region, an area known by environmentalist as a “hot spot.” The recent increased use of natural gas — thanks to hydraulic fracturing — has made dramatic declines in air pollution.

EID Climate has noted that the United States is a global leader in reducing greenhouse gas emissions – a feat that is directly attributable to increased production and use of clean-burning natural gas.

The U.N. Intergovernmental Panel on Climate Change (IPCC), widely regarded as the definitive voice on global warming, affirmed the climate benefits of natural gas in its 2014 Fifth Assessment Report, including the important role that fracking has played:

“A key development since AR4 is the rapid deployment of hydraulic fracturing and horizontal drilling technologies, which has increased and diversified the gas supply and allowed for a more extensive switching of power and heat production from coal to gas (IEA, 2012b); this is an important reason for a reduction of GHG emissions in the United States.”

The International Energy Agency (IEA) has also credited natural gas for helping the United States be among the world leaders in reducing emissions:

Meanwhile, the U.S. Energy Information Administration (EIA) has shown how the carbon dioxide emissions savings we’ve gotten from increased natural gas use is about 72 percent greater than what we’ve saved by using so-called “non-carbon” energy sources, like renewables. Since 2005, natural gas has prevented over two billion metric tons of carbon dioxide from being emitted.

The Colorado oil and gas industry added $31 billion to the state’s economy in 2015 and supported 232,900 jobs, accounting for seven percent of total state employment. According to the Denver Business Journal, oil and natural gas production in Colorado also contributed $202 million to local school districts through property tax payments.

The People’s Climate Justice Platform and the “Dance for Snow” event is just another attempt by national ban fracking groups to deliver the false message that somehow fracking is the crux of the world’s problems when in fact oil and gas development has helped drive electricity costs to record lows, contributed to lowered U.S. carbon emissions, and has helped to drive many economies, especially in the west.