Tuesday night approximately 300 community members came out to the Bureau of Land Management’s (BLM) meeting in Marietta, Ohio for the first of three gatherings BLM is hosting regarding the leasing of federal minerals in the Wayne National Forest.

With more than 98 percent of those who attended expressing their support of leasing, the message was clear: there is overwhelming support for leasing in the Wayne National Forest. Supporters included 150 landowners, elected officials (such as the Monroe and Washington County Commissioners), and many other local economic development leaders. Landowners in particular want to see oil and gas development move forward as quickly as possible. 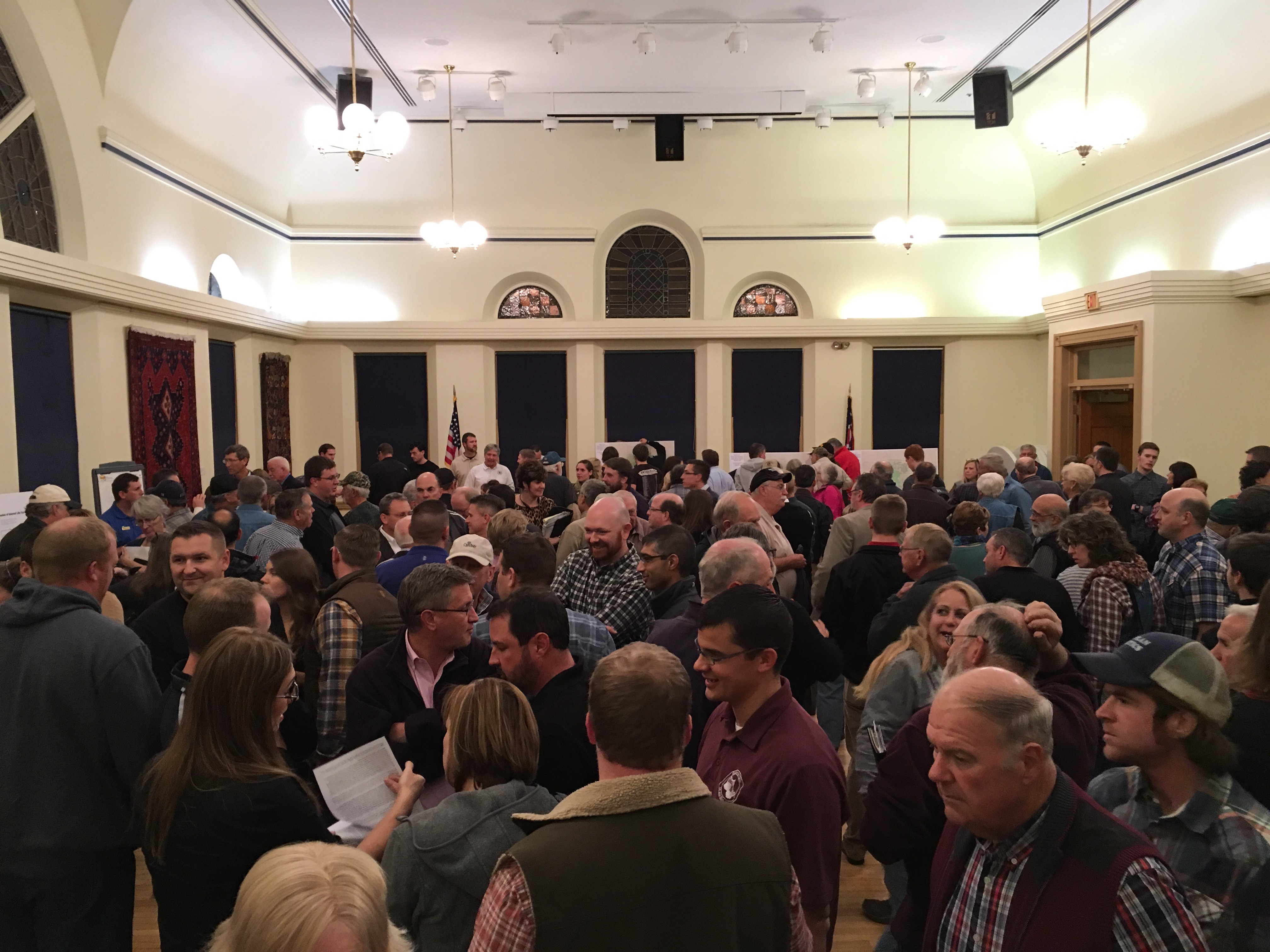 One of the most compelling and outspoken supporters of leasing was the Treasurer of Switzerland of Ohio School District, Lance Erlwein, who stated,

“Approximately 24,000 acres of Wayne National Forest is located within our district. Because this land is tax exempt, the school district receives around 75 cents per acre in tax revenue which equates to around $18,000 per year. This places us at a significant competitive disadvantage because this land cannot generate additional mineral taxation that our students so desperately need.”

In addition to Mr. Elwein, the overwhelming voices of Tuesday night’s public scooping meeting came from the 150 landowners who drove over an hour to the meeting as part of the group, Landowners for Energy Access and Safe Exploration (LEASE). Becky Clutter, the founder of LEASE, leased her private minerals in Monroe County. But like many landowners present last night, she is unable to see her minerals developed because her land is flanked with federal land located in the Wayne National Forest. As Ms. Clutter explained,

“Today’s hearing is proof positive that an overwhelming majority of local residents want the Bureau of Land Management to approve shale development in the Wayne National Forest. Doing so will free our privately held mineral rights.” 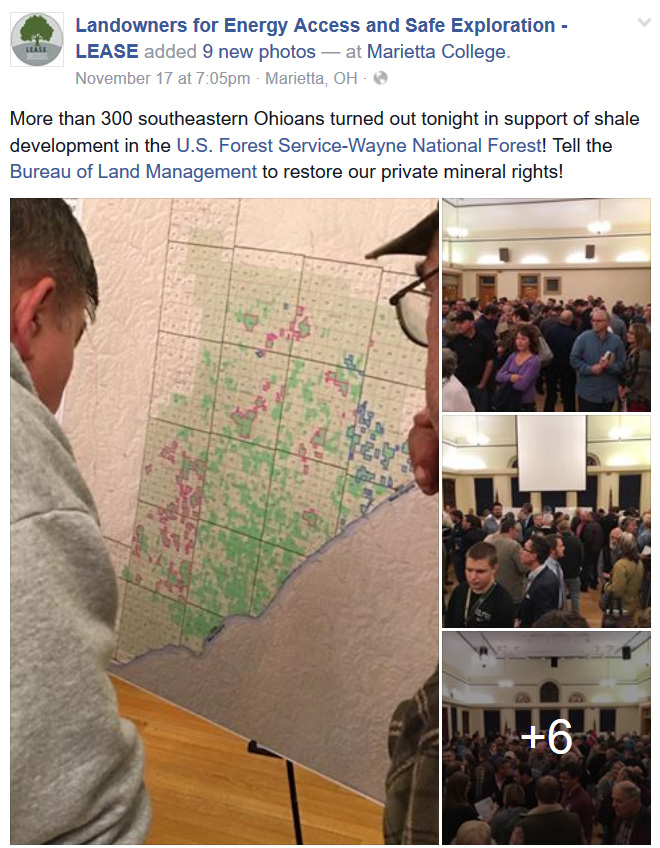 By contrast, in 2012 a similar meeting took place to allow public input on whether or not to lease the forest, and only 50 people showed up. To put this in perspective, after three years of safe oil and gas development, which has brought billions of dollars to the Buckeye State, support for leasing has dramatically increased. Tuesday night there were six times the attendees, 98 percent of which were supportive.

Ohioans made it clear they overwhelmingly support oil and gas development, utilizing both private and federally owned minerals.