Greenhouse gas (GHG) emissions from shale oil development in the Bakken and Eagle Ford Shales are on par with emissions from so-called conventional oil production, according to two new reports prepared for the U.S. Department of Energy’s Argonne National Laboratory.

The two studies, conducted in collaboration with researchers at Stanford University and the University of California-Davis (among others), counter a pervasive myth among many environmental groups that fracking is an “extreme” process, and one that ultimately creates more GHG emissions than conventional production. 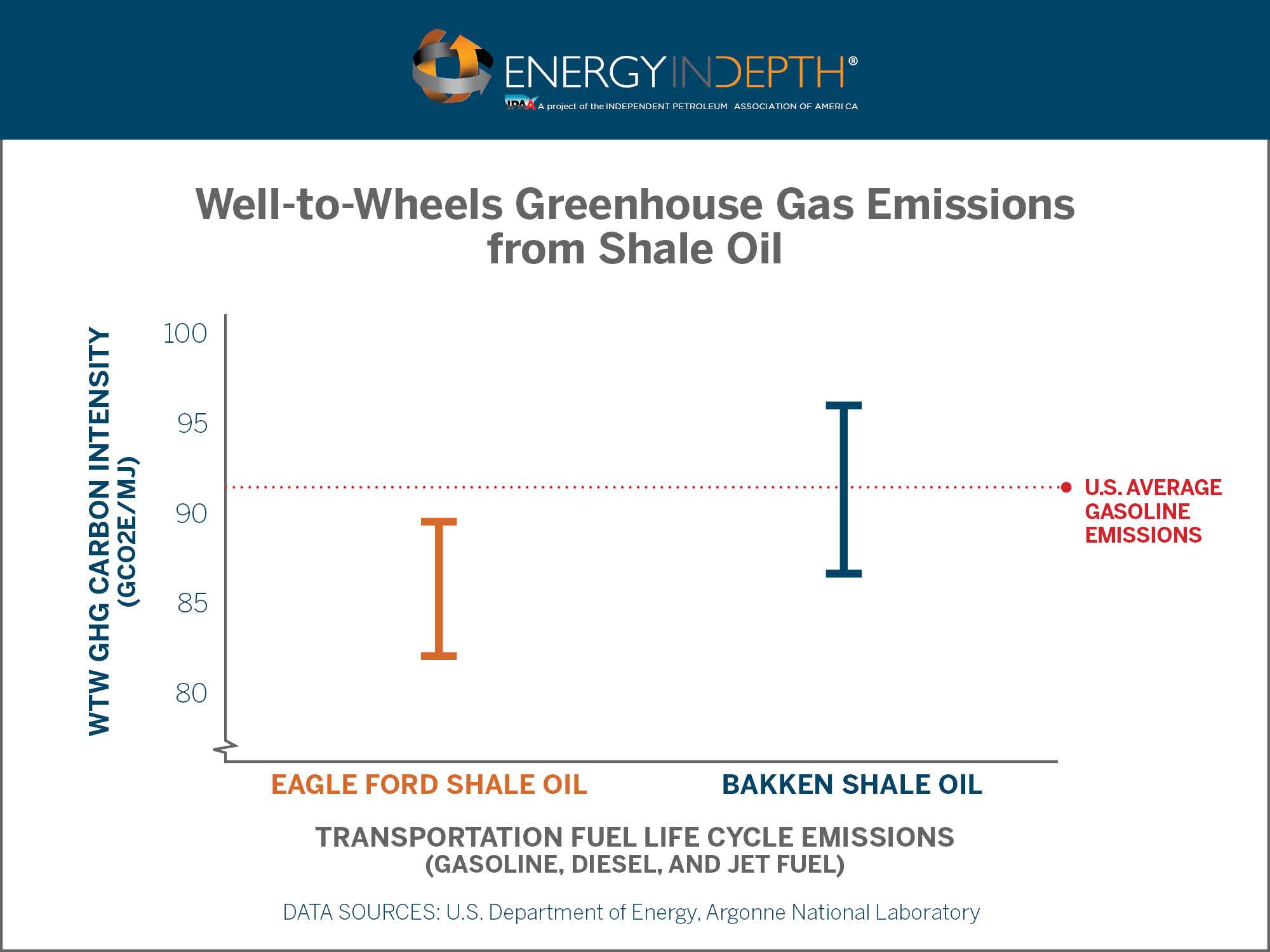 New research indicates that lifecycle greenhouse gas emissions from oil produced in the Bakken and Eagle Ford regions are on par with – or even lower than – conventionally produced crudes.

The finding is also significant because shale oil is playing an increasingly large role in U.S. energy production. The Eagle Ford and Bakken are currently the second and third largest oil-producing shale formations in the United States, respectively, according to the U.S. Energy Information Administration (EIA). Additionally, between 2011 and 2014, seven of the largest shale regions – Bakken, Eagle Ford, Haynesville, Marcellus, Niobrara, Permian and Utica – accounted for 92 percent of domestic oil production growth, and all domestic natural gas growth, according to EIA.

Even with commodity prices at low levels, shale oil has remained “one of the most economic options for producers,” according to Bloomberg News.

For years, anti-fracking groups have suggested that shale oil development has a worse GHG profile than conventional production. They’ve called flaring in North Dakota the “dark side” of America’s energy renaissance, and groups like the Sierra Club have even looped shale oil in with what they term “extreme oil,” for reasons that include greenhouse gas emissions.

But these new studies appear to counter that argument. The researchers found that wells in the Bakken and Eagle Ford regions have higher energy yields, and the oil requires less energy overall to produce and process than other regions. This effectively negates any presumed “excess emissions” from production activities, including flaring, which has actually leveled off or even dropped in North Dakota in recent years.

For example, the teams found that the energy used for production, extraction, and processing amounted to only 1.8 percent of the total energy produced for operations in the Bakken. In the oil-rich areas of the Eagle Ford, the number was even lower, at 1.2 percent. As Adam Brandt, lead author the Bakken study and Stanford University professor said of the findings:

While the Eagle Ford research team focused on comparing emissions from different zones within the shale region (black oil, volatile oil, condensate, and gas zones), their emissions findings are similar to the Bakken team. The life cycle emissions of Eagle Ford crude, when used for transportation fuel, are within a similar range as conventionally produced crude.

Moreover, they found that emissions from individual operations have stayed relatively constant over the past few years, even as production has increased substantially. As the report states:

“We found that the recovery energy efficiency, process fuel consumption, flaring and fugitive emissions and water use showed little variation over time between 2010 and 2013” (p. 1)

As Sonia Yeh, lead author of the Eagle Ford study and researcher with the Institute of Transportation Studies at UC-Davis said of the study:

In both studies, researchers found that GHG emissions form the entire life cycle of the crude oil from the Bakken and Eagle Ford (“well-to-wheels,” or WTW) are similar to conventional production. For reference, the U.S. Environmental Protection Agency (EPA) baseline for gasoline emissions is 93 gCO2e/MJ. The Bakken team found shale oil emissions are between 82.5 and 89.2 gCO2e/MJ, which is actually lower than EPA’s baseline estimate.

The Eagle Ford team estimated emissions to be between 86.6 and 94.6 gCO2e/MJ, the midpoint of which is on par with or even a little below EPA’s standard measure.

As shale oil and gas continues to make up a larger portion of U.S. energy production, many anti-fracking groups still cling to the view that American oil production is somehow “extreme” and suffers from abnormally high greenhouse gas emissions. But as this new research shows, that view is simply not supported by the facts.