California Governor and environmental champion Jerry Brown gave fringe activists opposed to the state’s energy industry another reality check last week by saying it is “grossly hypocritical” to oppose oil production in the Golden State, considering how dependent Californians will remain on fossil fuels for the foreseeable future. Activists, it seems, don’t understand that these comments are not in any way in conflict with California’s leadership in adopting renewable energy solutions.

A new study from the Los Angeles County Economic Development Corporation (LAEDC) reveals two more important reasons — aside from the demand Gov. Brown noted, climate benefits and energy security – that Californians should support home-grown oil production: It employs a large, diverse and upwardly mobile workforce and is a major driver of the economy of the nation’s most populous state.

California has staked-out a leadership position in environmental protection, and our industry operates under the strict regulations in the nation. It might therefore surprise people that, as the Western States Petroleum Association (WSPA)-commissioned study highlights, the oil and gas industry sustained more than 368,000 jobs in the state and accounted for $148 billion in total economic activity in 2015. The latter is more than the total economic activity of 15 state economies, accounting for 3.6 percent of California’s total output.

“These statistics offer a compelling analysis of our industry’s valuable revenue contribution, tangible economic impact and direct role in local communities throughout every community in California. Our story truly reflects the hardworking industry men and women who drive our economy, while continuing to produce and refine the world’s cleanest gasoline, diesel and jet fuel.”

Given California’s long-time status as a major oil producer in an conservation-conscious political environment, those figures really shouldn’t come a surprise. As the report notes and few may realize, California is responsible for roughly 10 percent of U.S. oil production, ranking behind only Texas, North Dakota and Alaska. 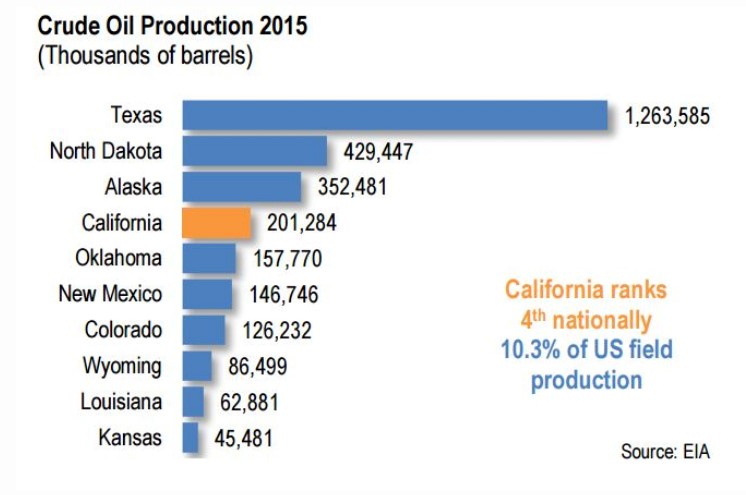 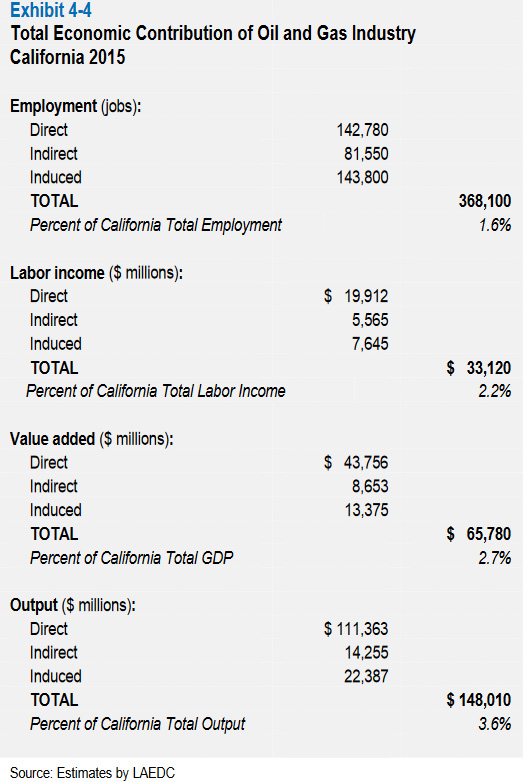 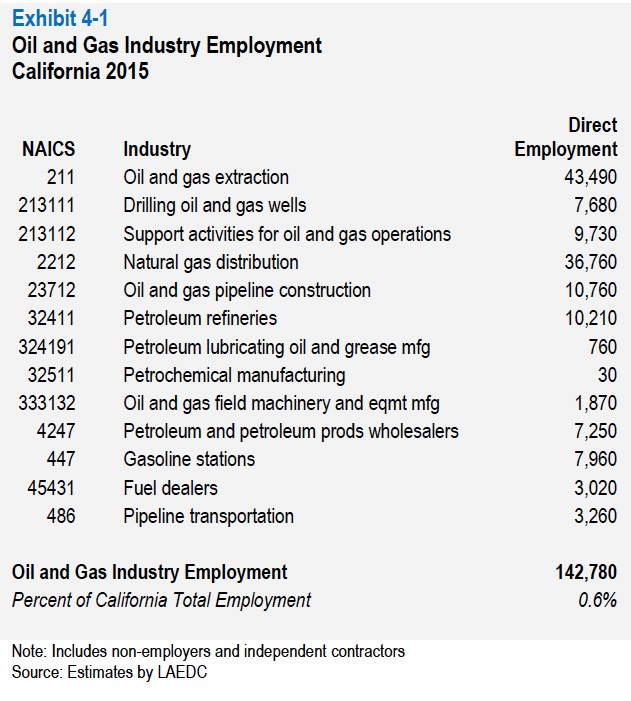 All told, the industry is responsible for 2.7 percent of California’s total GDP ($66 billion total value added), according to the report.

The report also identifies the user industries of refined products and quantifies their economic activity. For instance, vulnerable primary user industries of refined petroleum products — such as transportation/warehousing, manufacturing and agriculture — represent 1.7 million jobs in California with an associated $111 billion in labor income, contributing 8.4 percent to the state’s GDP.

As well, the LAEDC noted that the energy industry in its backyard continues to be an underappreciated driving force in Los Angeles, the nation’s second largest city.

As EID has highlighted before, the oil industry was building California long before the movie cameras started rolling in Hollywood, and it has played a pivotal role in helping the Golden State grow into the top tourist destination in the United States.

As EID has highlighted before, the oil industry has not only created numerous jobs in California, it provides good-paying jobs as well, with an average annual income of $74,690 a year (excluding gas stations). The report finds these jobs yielded $33 billion in labor income, 2.2 percent of California’s total for 2015. 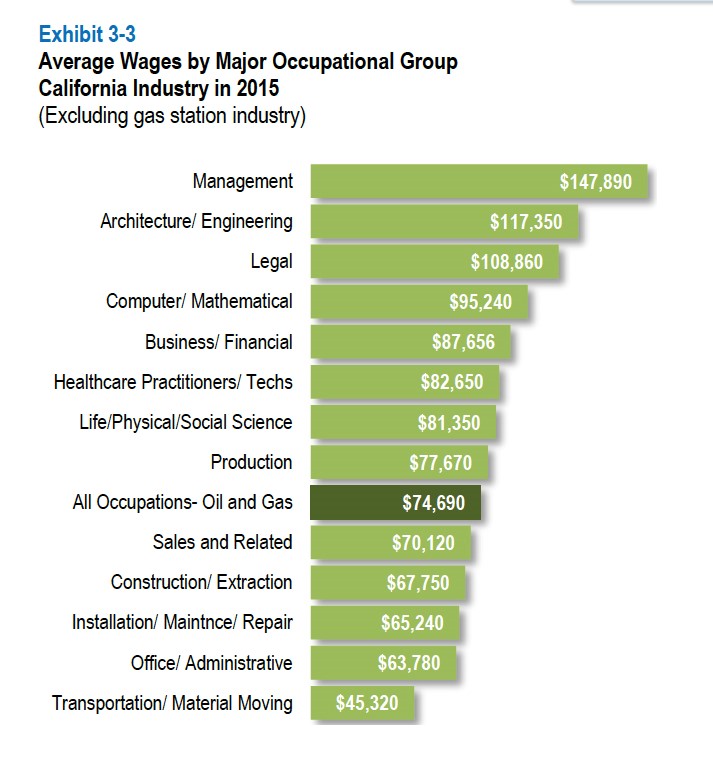 The LAEDC study reveals that California’s energy industry employs a workforce that is diverse both in terms of ethnicity and level of education. Most importantly, the industry provides quality jobs, regardless of ethnicity or educational attainment, that pay on average more than jobs in other industries.

The workforce is 50.2 percent white, 29.1 percent Hispanic, 13 percent Asian and 5.3 percent African-American. This is four times more diverse than other STEM-focused industries. 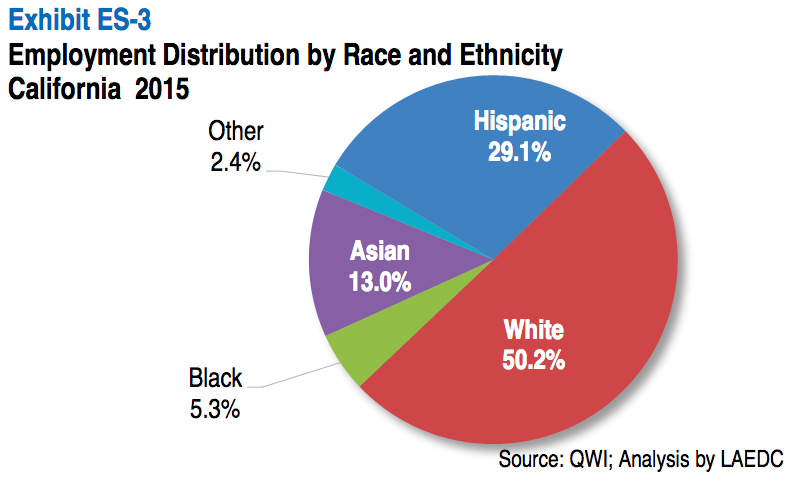 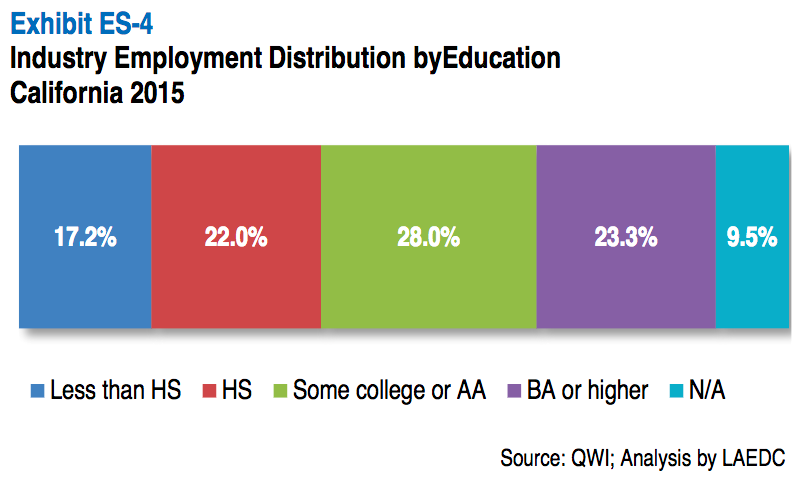 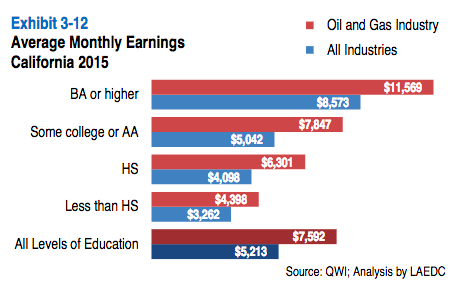 A massive driver of our state’s economy and contributor to its coffers. A diverse workforce earning good wages regardless of educational attainment. All while providing the massive amounts of energy critical to powering the world’s sixth largest economy and enhancing our energy security while upholding California’s tradition of environmental stewardship. As Governor Brown has noted, 39 million Californians rely on the state’s oil industry to maintain California’s position of energy leadership, even as we introduce more renewables into our energy mix.