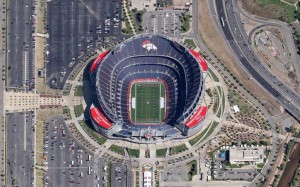 Colorado oil and gas task force member Sara Barwinski – of the activist group Weld Air and Water – wants state regulators to dramatically widen setback distances between oil and gas wells and occupied buildings from today’s minimum of 500 to 1,000 feet to a new range of 1,500 to 2,000 feet.

But the fringe proposal struggled to find support at yesterday’s Denver meeting of the task force. In a straw poll of task force members, less than half indicated their support. Because the threshold for approving recommendations is a two-thirds majority, Barwinski’s proposal may not even be debated today on what is expected to be the task force’s final working day.

In other parts of the country, anti-energy activists have hailed the 1,500-foot setback as “a de facto ban on fracking.” The wider setback creates a no-drilling area around any occupied building, and with a radius of 1,500-feet, the area inside that circle is roughly double the size of Mile High Stadium and its surrounding parking lots. If applied to the Denver-Julesburg Basin, those overlapping circles would wall off large sections of the state’s most productive oil and gas field from drilling.

For this reason, when a similar 2,000-foot setback measure was proposed for the statewide ballot last year – and paired with an “environmental bill of rights” that would legalize local energy bans – a broad bipartisan coalition rallied against it. In fact, Gov. John Hickenlooper (D) called both measures “radical” initiatives that would “kill jobs,” “drive oil and gas out of Colorado” and “damage our state’s economy.”

To get a sense of the size and scope of Barwinski’s setback proposal, consider the fact that a circle with a 1,500-foot radius occupies roughly 162 acres. This is almost twice the size of the 89 acres occupied by Mile High Stadium and its parking lot. A radius of 2,000 feet produces a circle of roughly 288 acres. The images below use the stadium as a reference point to show how big those circles really are. And remember, there would be thousands and thousands of these circles for each and every occupied building in the DJ Basin:

A circle with a 1,500 foot radius drawn around Mile High Stadium.

A circle with a 2,000 foot radius drawn around Mile High Stadium.

Barwinski’s proposal also draws a distinction between single- and multi-well sites by applying the wider setback distances to locations with more than one well. But the proposal doesn’t mention that multi-well sites are the norm for new drilling in the DJ Basin, thanks to advances in directional and horizontal drilling. Consolidating separate wells into a single location dramatically reduces the amount of surface area required per well. Multi-well sites are so commonly used today they have won praise from President Obama’s Interior Secretary, Sally Jewell, for having a “softer footprint on the land.”

Barwinski’s proposal makes sense when you consider that her activist group, Weld Air and Water, has previously tried to block drilling in Greeley. According to the National Journal, Weld Air and Water even weighed their own local “ban fracking” campaign, like those seen in Longmont, Boulder, Broomfield, Lafayette and Fort Collins. The group even brought in environmental attorney Matt Sura – who also serves on the oil and gas task force and is pushing his own fringe proposal to widen setbacks – as an advisor.

For now, at least, that campaign appears to be on hold while Barwinski and Weld Air and Water try to find other ways – like stadium-sized setbacks – to achieve the same goal.