The Natural Gas Dog and Pony Show in Afton

This past weekend Afton hosted a meeting with two natural gas opponents from out of town.  Called the “Jack and Spike Show,” it would have been more appropriately called a dog and pony show.  The meeting was designed to send a message to “re-criminalize hydraulic fracturing.”   The meeting was put together by a local anti in Afton and it was open to the public, so I attended.

The town board didn’t support, or probably even know about, the meeting.  The small group of antis in Afton and surrounding towns are continuing to push against natural gas development regardless of the facts.  The majority of the people in Afton, as evidenced by recent elections (Mary Jo Long was not up last time, which is the reason there is still one anti on the board), are in support of natural gas development and understand what it would bring to the area.  The meeting consisted largely of out of towners, including one license plate from Massachusetts, plus the usual handful of suspects from the area who seem determined to stop all development. 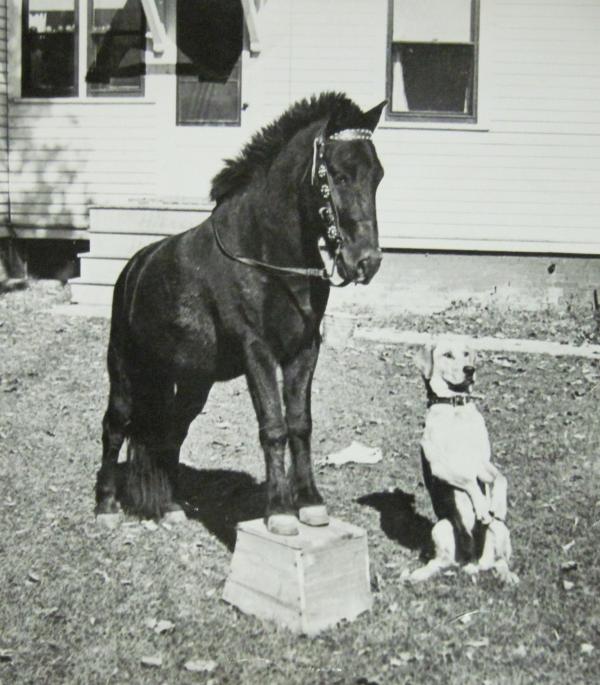 The first man to speak, Jack Ossont, spoke more about what political cartoons mean than anything else.  He claimed the natural gas industry, which he referred to as the “fracking industry,” (6:00) has the power to take laws and simply push them aside.  The natural gas industry is one of the most regulated industries in the country, of course, so this claim was bizarre, to say the least, but, hey, it was promoted as a “show.”

Ossont then shared his recollections of the Department of Environmental Conservation hearing on the Supplemental Generic Environmental Impact Statement in Dansville, New York. He rather incredibly suggested the vast majority (80%, according to him) were against natural gas development.

Ossont also questioned who gives the governor and elected officials the ability to decide whether or not to allow natural gas development in New York State (8:50)?  Well, that’s simple enough – the people who elected them.

He then said if he were to go on someone’s land and drop chemicals into their water well he would be in trouble (12:00).  This is apparently what counts as serious intellectual argument among our friends on the other side.  One of his main examples, unsurprisingly, was Dimock, Pennsylvania. The Environmental Protection Agency and the Department of Environmental Protection have both come forward and shown, through extensive testing, natural gas development hasn’t contaminated any aquifers in Dimock.

His next comment  (14:00) was revealing. He argued large farms spreading manure (fertilizer) on their land were also contaminating waterways and should also be shut down. Those large farms not only feed us, but also maintain the open space that gives our area its storied rural character.  I had to ask if we should criminalize farming.  He didn’t really have an answer.  Vic Furman also challenged Ossont (17:30) but he didn’t respond.

Ossont actually argued criminalizing the whole thing would eliminate the need for facts and statistics.   This is, sadly, the way all too many on the other side approach the issues, by simply asserting they’re right, everyone else is wrong and the public should be coerced into adherence to their views regardless of facts, logic or experience.  His rationale?  He argued criminalizing natural gas meant he and his friends wouldn’t have to beg.  Perhaps someone should tell him our farmers would still be begging the banks not to foreclose on their farms. (12:24)

Richard “Spike” Jones spoke next. He was introduced as the man who stopped a nuclear waste dump from being put in Allegany County some two decades ago.  He is apparently seeking renewed relevance in opposing natural gas development.   Watch him compare this permanent dump to a short process with minimal land disturbance where the owner of the land is justly compensated.  In the video below you can hear his introduction.

He doesn’t fail to mention, dozens of times, he was a soldier. We were all taken back by his claim because all he promoted was civil disobedience and anarchy.  He proudly articulated, several times, his complete disregard for anything police or others in positions of authority had to say.  He expressed great satisfaction in having blocked police from carrying out their duties.  He made a point of saying he doesn’t think anyone in his county is very bright (7:26).

It was clear, halfway through his presentation, Spike doesn’t protest things because he actually believes in his cause. He stated, for instance, he will always use electricity. He likes the convenience of it (18:00) and used a very strange analogy to make his point (assuming there was one).

He talked a lot about what he did to stop a nuclear waste plant in his county (21:00). He was proud he made the nuclear industry angry enough to sue him and his friends.  He talked about the consequences(6 months in jail and a $1,000 fine) and how protestors were stunned and angry when they were actually arrested and fined.

The most shocking part of the night was listening to the last part of his presentation. He was so proud he has disregarded the law, the rules, authority, and the individuals involved in law enforcement. He, at one point, even discussed how he supported giving law enforcement ultimatums (28:50-30:15). From 30:15 on, he talked about how his Allegany County group had given law enforcement the opportunity to go home or else they would protest on the property until nightfall.  He claimed law enforcement officers were arrogant (31:47) and completed his presentation by bragging how his group had made the officers read their rights to them repeatedly by saying they didn’t hear or understand them.  He also said, at 35:58, that they had refused to tell officers their names. This kept the state troopers from being able to break the protest up through proper arrests.

The event, taken as a whole, was a dog and pony show – an exercise in aggrandizement.  The arrogance of the natural gas opposition is stunning.  They suppose they should be all-powerful and don’t need to listen to anyone else’s opinions.  They teach others to disregard authority while they demand concurrence with their views. They preach democracy, but refuse to recognize election results.  When a duly elected town votes in support of something with which they disagree, they act as if elections don’t matter, but when they have the reins of power, they suggest it means they should have complete power.