The switch to natural gas has helped the United States to dramatically reduce emissions, and is having similar impacts in individual states. As the world celebrates the 50th anniversary of Earth Day, let’s take a look at the important role natural gas has played in lowering emissions in the top five carbon emission reducing states between 2005 and 2017.

Since 2005, Ohio has reduced its emissions by more metric tons of C02, than any other state in the country. In fact, between 2005 and 2017, state emissions have declined by 67 million metric tons or 24.7 percent, according to U.S. Energy Information Administration data.  Meanwhile, Ohioans consumed 63.47 percent more natural gas than they did in 2005, and have plans to build several new natural gas-fired power plants. 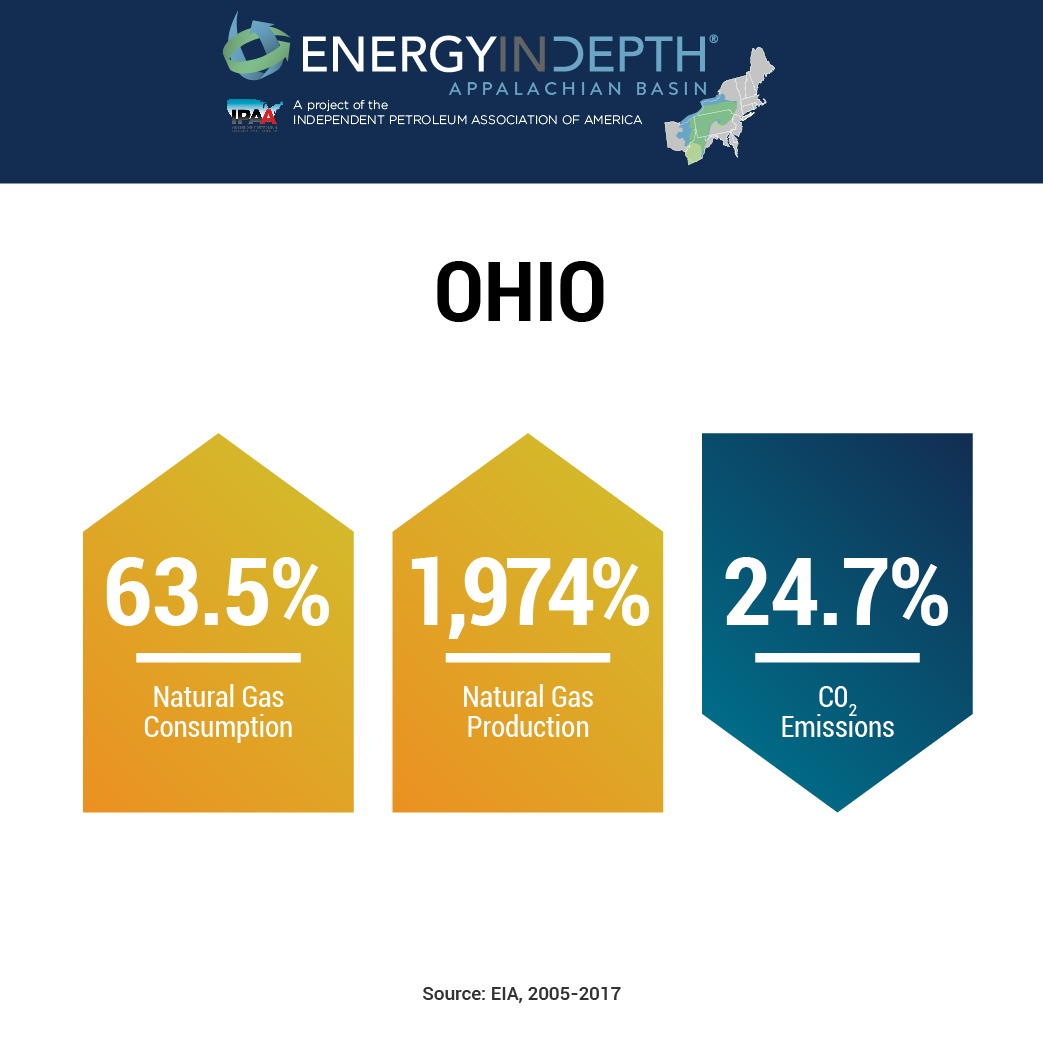 Read the full blog post and check out the rest of the top 5 at EIDClimate.org.