On the heels of news in April that Texas and New Mexico’s Permian Basin is the highest producing oilfield in the word, we now know that the United States hit another record that same month, thanks in large part to production in that region. 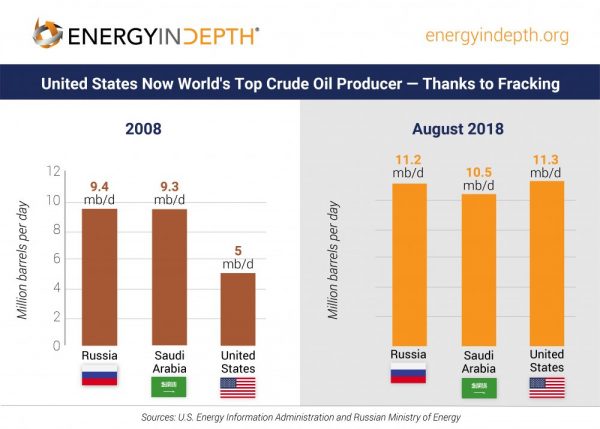 Along with increasing American energy independence, producing record amounts of energy also increases economic growth. Energy companies invested $10 billion just last year in the Permian basin. Along with that capital, millions more are being invested in upgrading and expanding refineries and creating new infrastructure to accommodate the increased production.

The growth and activity are having a significant, positive economic impact on producing states like Texas. A report out this week from economic researchers The Perryman group found that because of these new investments the energy sector directly or indirectly supports about one in every six jobs in Texas. From the report:

“The current total annual economic benefits of the Texas energy sector (oil and natural gas exploration and production as well as related industries) is estimated to include total expenditures of $557.4 billion, gross product of $198.8 billion, and personal income of $120.6 billion, as well as more than 1.9 million jobs (including multiplier effects).”

Importantly, this growth in U.S. production and the benefits it generates are pegged to continue growing. The United states will account for almost a quarter of global oil and natural gas supply by the early 2030s, the head of Rystad Energy said recently. And EIA forecasts steady increases in oil production for the foreseeable future, helping to keep the United States energy independent while continuing to add jobs and positive economic returns.