Natural gas plays a significant and growing role in meeting demand for energy in developing countries where access is far from universal, according to data recently released by the International Energy Agency (IEA).

At least 1 billion people are without electricity worldwide, the agency reported. Increased natural gas production has positioned the United States to help decrease that number and provide developing nations with the tools to increase access to energy – a key building block for reducing poverty and improving air quality. 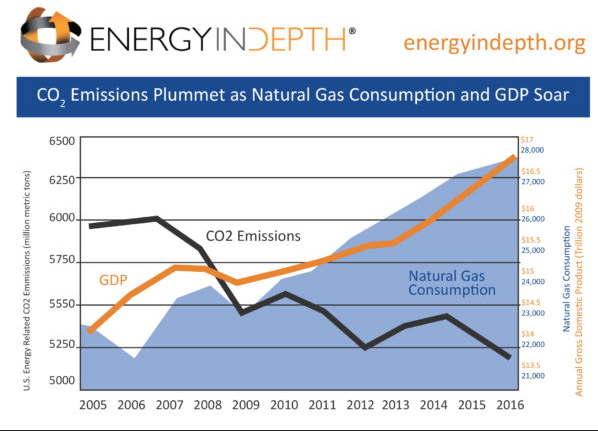 As IEA explained in another report this year:

“Major changes are also evident on the supply side, with the United States leading gas production growth worldwide to 2023, thanks to the on-going US shale revolution. Most new US supplies will be geared to export markets as LNG [liquefied natural gas] through pipelines.” 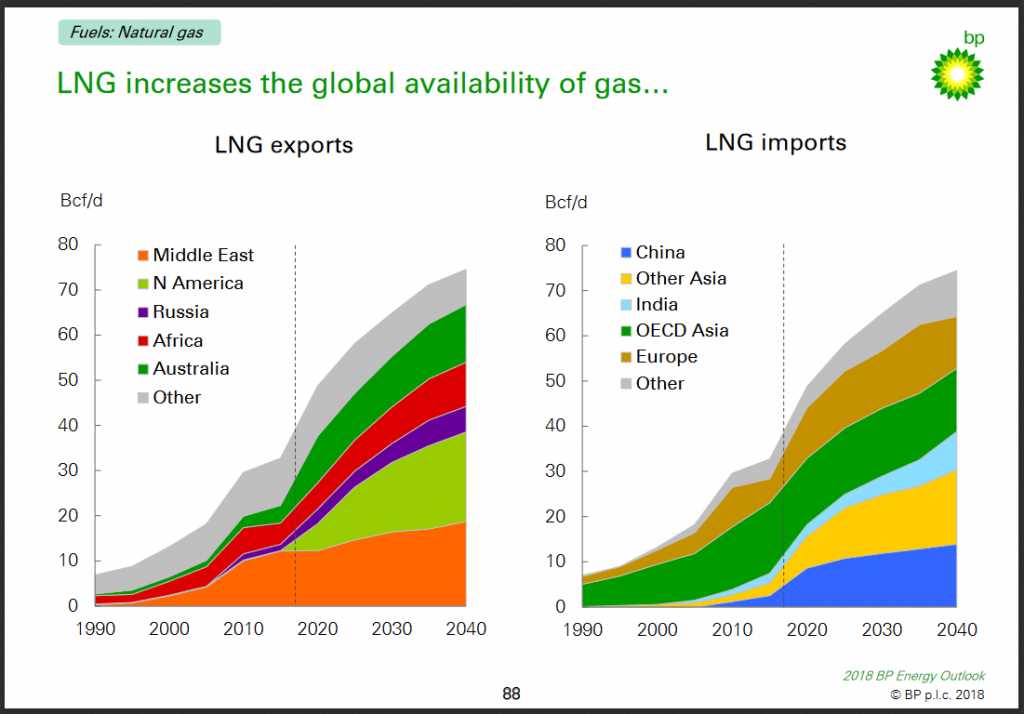 IEA notes that more than three-quarters of the 570 million people who gained access to electricity since 2011 were concentrated in Asia, a region that BP’s 2018 World Energy Outlook estimates will represent about two-thirds of the world’s growth in energy consumption through 2040. 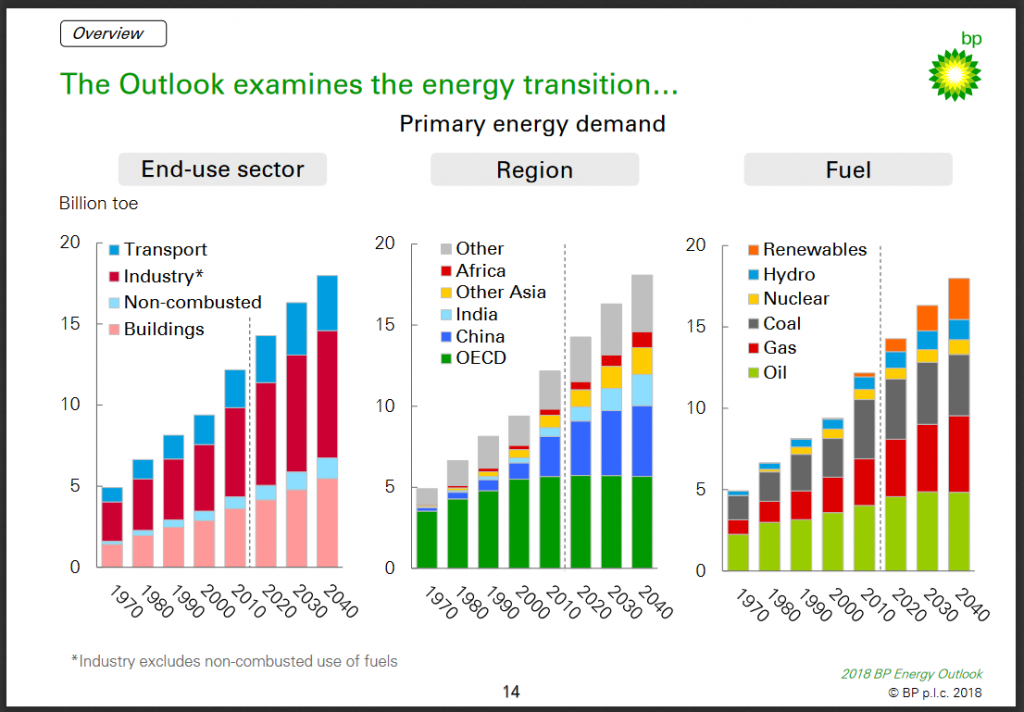 As Texas Gov. Greg Abbott said in March when India – one of the fastest growing countries for energy demand – received its first shipment of LNG from Texas:

“[On]e thing that they need to stimulate their economy and to achieve their economic goals is greater access to greater energy. The good news for Texas is that we are the home of energy.”

The United States exported approximately 681 billion cubic feet of natural gas from January to August 2018, according to the Energy Information Administration (EIA). About 58 percent of those exports went to India, China and other Asian markets – more than double the gas sent to Asia for the same period of time in 2017. 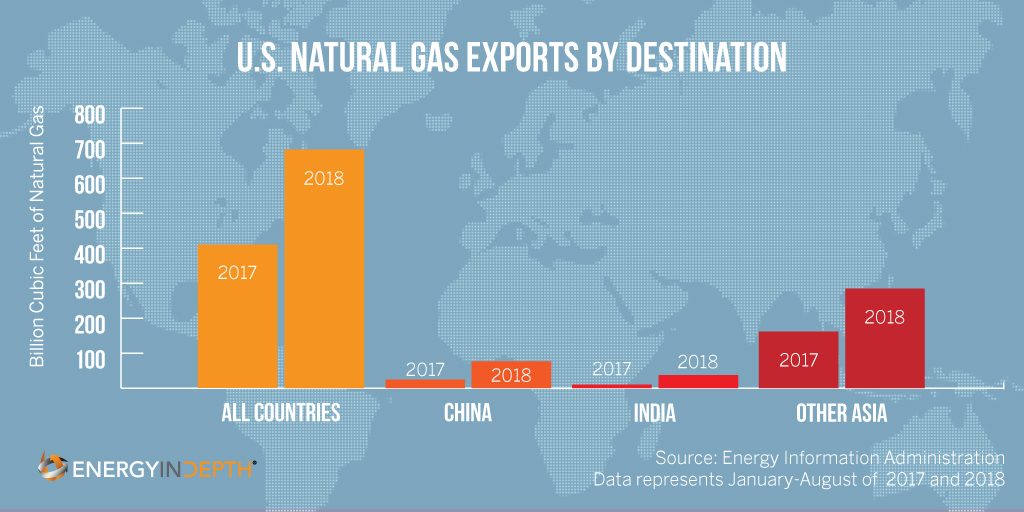 In areas with limited or no access to energy, 90 percent of a household’s energy consumption is often derived from burning firewood, charcoal, agricultural waste and animal dung to cook – fuels that contributed to roughly 600,000 deaths in children under the age of five in 2012, mostly in developing countries, from air-related illnesses.  UNICEF stressed this point in a 2016 report:

“… households using wood, dung or straw for cooking were more than twice as likely to have suffered from [acute lower respiratory infections] than children from households using Liquefied Petroleum Gas (LPG), natural gas or electricity.”

In an effort to improve air quality, countries are increasingly using LPG as a clean cooking fuel alternative.  As the IEA report explains,

“In India, national data show a reduction of 14 percentage points in the share of population relying on biomass and kerosene between 2011 and 2015, with most now using LPG instead. Since 2015, government figures indicate that an additional 50 million free LPG connections have been provided to poor households via the high-profile PMUY scheme. In China, natural gas infrastructure development is helping to reduce the use of biomass and kerosene.”

The shale revolution is providing one solution to the world’s energy access problem – with the potential to bring tremendous benefits to the developing world that include both healthier air  and improved global economies.