U.S. Oil and Natural Gas Exports Projected to Soar in 2018

Facilitated by technological advances in the development process, more American oil and natural gas is being produced than ever before. With this wealth of natural resources, 2018 promises to be the year when the United States further transitions to the next level within global market: becoming a leading oil and natural exporter.

With the introduction of techniques such as hydraulic fracturing and horizontal drilling, the United States has experienced significant growth in domestic oil production over the past decade.  According to the latest data from the U.S. Energy Information Administration (EIA) the United States is producing crude oil at monthly levels not seen since the 1970s – roughly 9.7 million barrels per day (b/d) – with the agency projecting that annual U.S. production will reach a record high this year. Much of this growth in production derives from shale development, with over 6.4 million b/d of oil production projected to come from shale development in January 2018.

More impressive still, one region, the Permian Basin located in West Texas and Southeastern New Mexico, has driven a significant portion of this production. According to EIA, the Permian is expected to produce nearly 2.8 million b/d in January 2018, which is more than twice the production of the next most prolific shale region and an increase of nearly 700,000 b/d in just a single year. This growth has helped bolster Texas’ position as the country’s largest oil producing state, as well as elevated New Mexico to the distinction of being the third largest oil producing state ahead of even California and Alaska. Further, U.S. production is expected to increase over the next year, with production from the Permian alone projected to grow roughly 515,000 b/d by December 2018.

Thanks to this abundance of oil production from shale development, U.S. crude exports have soared in the two years since Congress lifted the 40-year-old crude export ban in December 2015. Since lifting the ban, U.S. crude oil exports have grown by roughly 1.3 million b/d (as of October 2017), while imports of crude oil have dropped by nearly 23 percent since 2005. 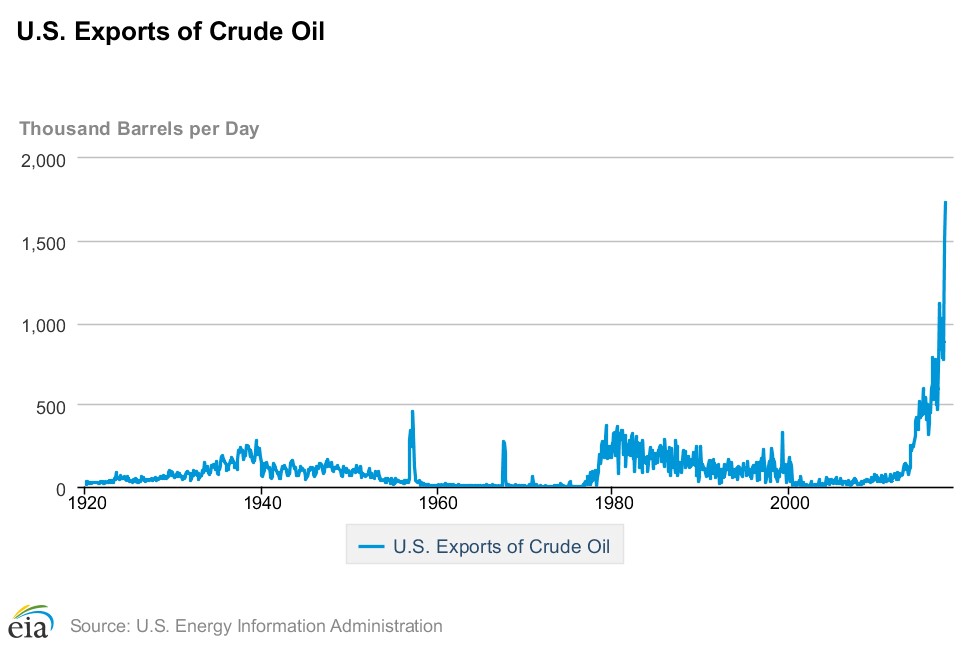 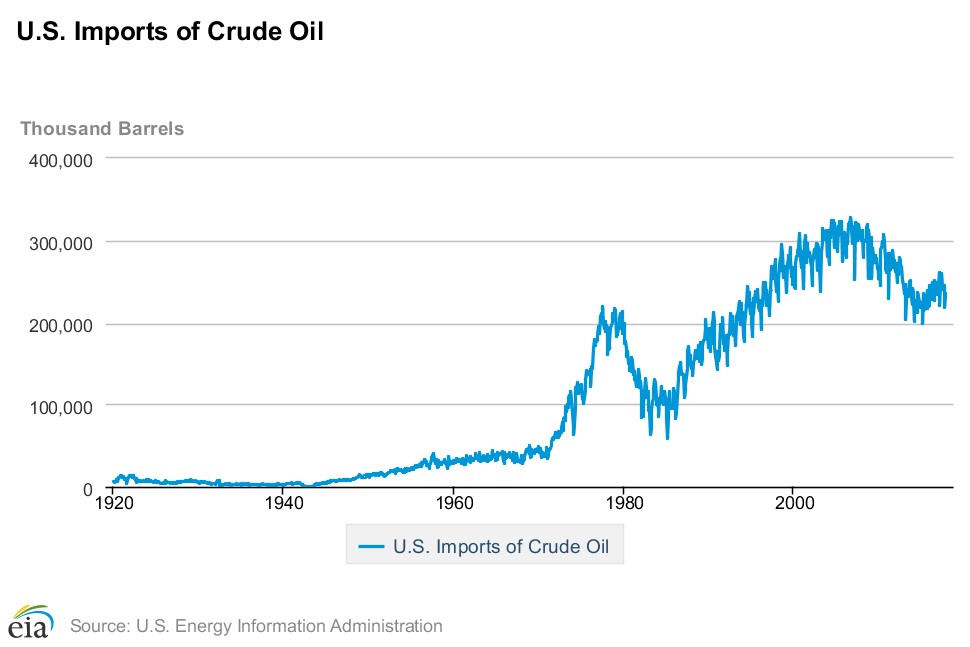 Following this increase in domestic production, exports of U.S. natural gas have grown rapidly, with much of the attention focused on the growth in liquefied natural gas (LNG) exports. Allowing American natural gas to reach trading partners around the world, the United States has gone from almost solely importing LNG to exporting roughly 2.7 Bcf/d in the less than two years since opening the country’s first LNG export terminal in Sabine Pass, La. Additionally, when factoring in the current LNG export projects and additions under construction, U.S. LNG export capacity is predicted to quadruple in the next two years, reaching an estimated 9.6 Bcf/d by the end of 2019.

In addition to strengthening the United States’ position as a major player in the global market, the growth U.S. oil and natural gas exports is also expected to generate billions of dollars in investment. For example, at the Port of Corpus Christ – which was exporting about $1.5 billion in crude oil per month as of August 2017 – an estimated $50 billion will be spent on port projects that include an LNG export terminal, port expansion and pipeline infrastructure to deliver oil and natural gas from the Eagle Ford shale. Overall, a recent report from the American Petroleum Institute estimates that U.S. natural gas exports will add up to $73 billion to the U.S. economy by 2040, as well as up to 450,000 jobs.

Over the next year, the U.S. is positioned to continue its ascent as a global oil and gas producing superpower. According to research firm Rystad Energy, U.S. crude production could increase by 10 percent in 2018 to an astonishing 11 million b/d. Such a substantial increase would move the United States ahead of producers such as Saudi Arabia and Russia, making the U.S. the largest crude oil producer on the planet.

For natural gas exports, the estimated 7 Bcf/d increase in capacity by 2019 would place the United States in the top three LNG producers in the world, behind Qatar and Austria. Further, the International Energy Agency (IEA) estimated last year that by 2022, the U.S. would overtake Australia as the second largest LNG exporter in the world. In fact, the United States is competing established LNG exporters, as 2017 saw the first American shipments of LNG reach countries like Poland, Lithuania, and Taiwan, as well as efforts to increase shipments to major consumers like China.

As we enter begin a new year, it’s difficult to predict what 2018 will bring, but one thing seems to be certain: this is the year that U.S. oil and natural gas exports get to shine.