U.S. Per Capita Carbon Emissions at Lowest Levels Since 1950 — Thanks to Natural Gas 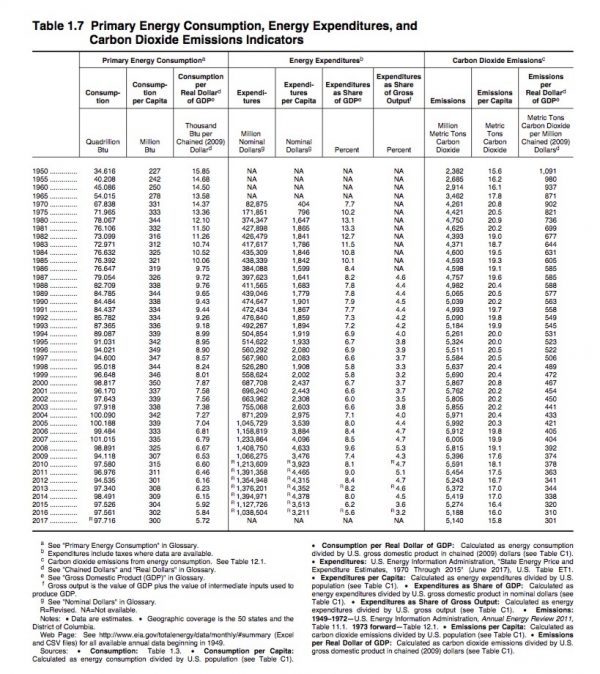 For some perspective, per capita carbon emissions haven’t been this low since the beginning of the Korean War and the publication of the very first Peanuts comic strip (Good grief, Charlie Brown!).