The United States Geological Survey (USGS) released a study Wednesday that echoes the topline conclusions of an already overwhelming list of peer-reviewed papers concluding hydraulic fracturing is not a major threat to drinking water.

After randomly sampling 116 water wells across the Eagle Ford, Fayetteville and Haynesville shale plays — and using chemical, isotopic, gas and groundwater-age tracers to thoroughly evaluate those samples — USGS researchers concluded that low concentrations of methane and benzene detected were likely naturally occurring and not attributable to shale development. From the study,

“Methane isotopes and hydrocarbon gas compositions indicate most of the methane in the wells was biogenic and produced by the CO2 reduction pathway, not from thermogenic shale gas.

“UOG [unconventional oil and gas] operations did not contribute substantial amounts of methane or benzene to the sample drinking-water wells.”

The study comes on the heels of last month’s Duke University (and Natural Resources Defense Council funded) study that found fracking “has not contaminated groundwater in northwestern West Virginia.” It is also in line with the conclusions of the recently finalized U.S. Environmental Protection Agency’s (EPA) five-year study, which found no evidence of widespread water contamination of drinking water from fracking.

The USGS research, conducted from 2015 to 2016, found that groundwater sampled contained “little (<1%), if any, water from the Eagle Ford, Fayetteville, or Haynesville Shales,” based on isotopic analysis.

“Groundwater samples had water isotopic compositions that plotted on or near global or local meteoric water lines (SI Figure S8 ), whereas shale water was isotopically enriched compared to groundwater from the same study area.”

The researchers also note that, “The data indicate the UOG plays were not important sources of methane in the sampled wells.”

And though the researchers found levels of benzene in relatively high frequencies, it is essential to note that they attributed it mostly to natural sources and found concentration levels to be very low,

“Of the nine samples with benzene detections, only FV (Fayetteville sample site) 12 contained benzene that could be from a surface release associated with UOG production activities based on its groundwater age.”

Along with the recent Duke and EPA studies, this USGS report adds to the long list of reputable studies showing fracking does not pose a credible threat to drinking water. The most notable examples are listed below.

As the above list of research has already confirmed and EID has noted on numerous occasions, the science on fracking’s drinking alleged drinking water impacts has been settled for some time. The new USGS study just adds to already overwhelming evidence that shale development does not pose the widespread, systemic threat activists have long claimed. 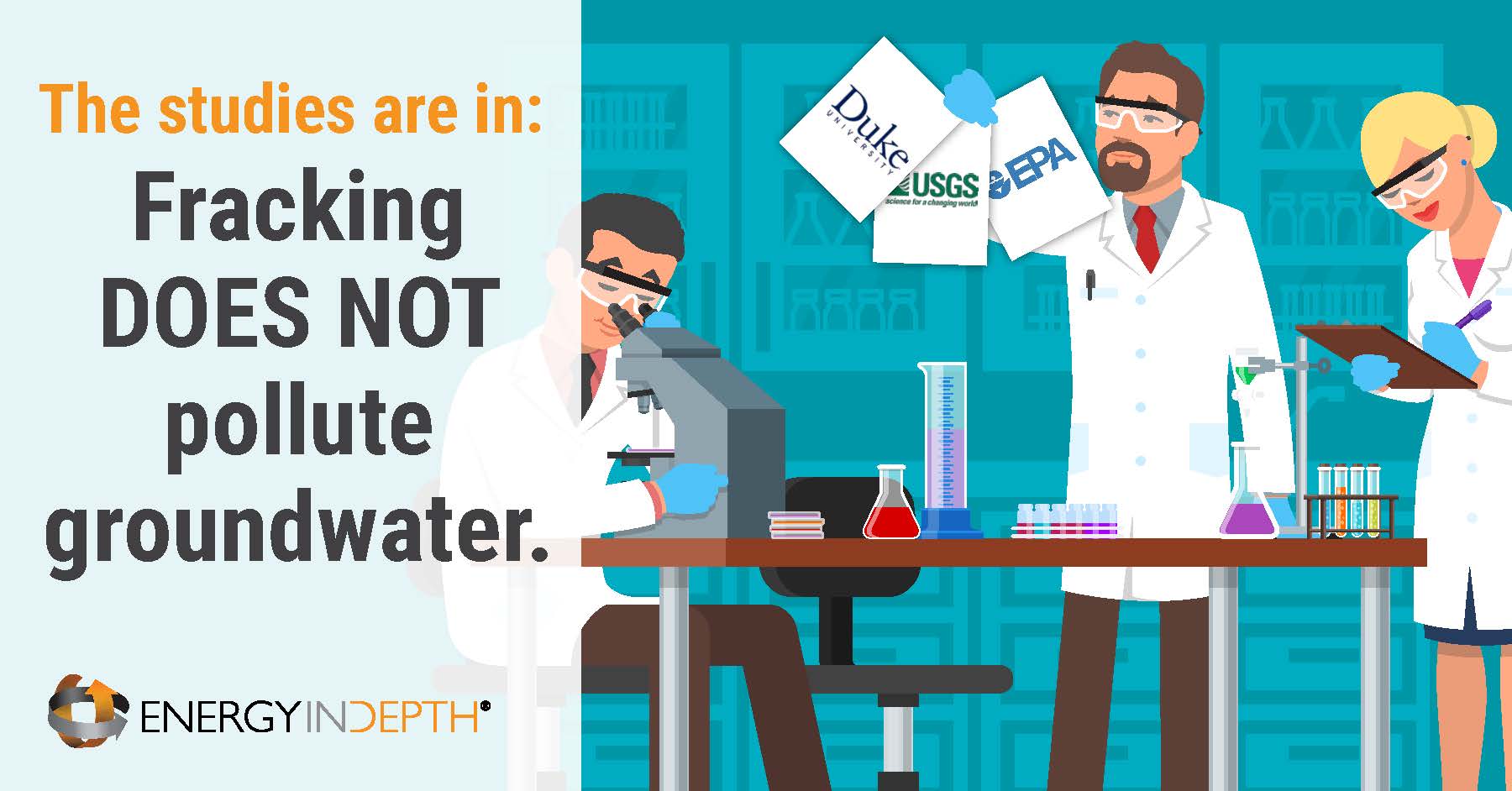