Today the University of Texas Energy Poll released its latest findings, which show that a clear majority of Americans care about the economic impacts associated with energy development above all other concerns. 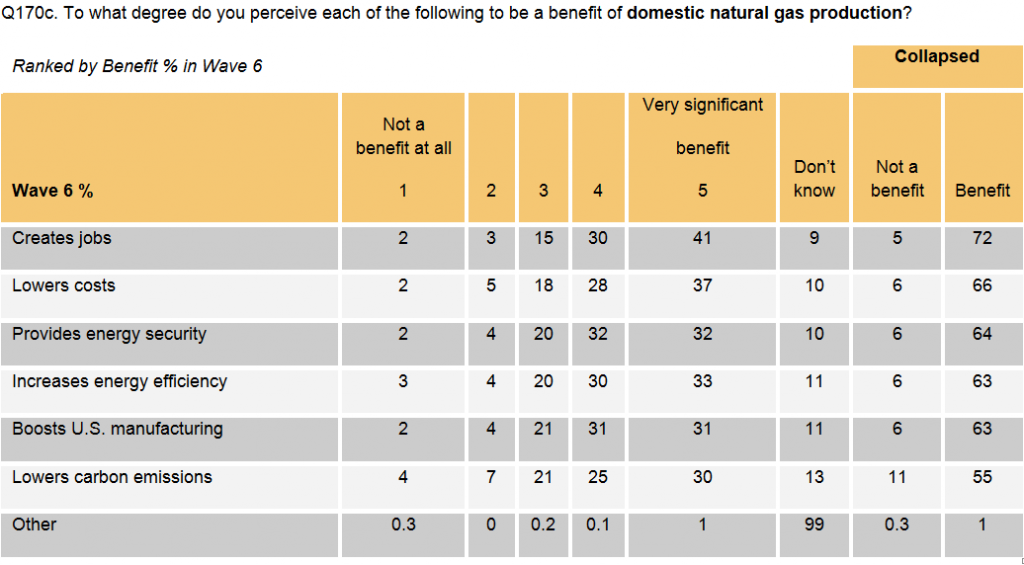 The poll also finds that more Americans support hydraulic fracturing, although it is a slight majority with 42 percent in favor and 41 percent opposed.  However, more clarity is provided in related questions:  84 percent say the government should focus on developing natural gas, while 58 percent said that they would be more likely to vote for a presidential candidate who supports natural gas development.

This latest UT poll reinforces the now well-established economic power of shale development.  As a recent study by IHS CERA found, the shale value chain will support 3.3 million jobs by 2020 and add nearly half a trillion dollars to the U.S. GDP.   Manufacturing jobs are coming back to the United States, thanks to abundant, low cost natural gas.  Chemical manufacturers recently announced $100 billion in new investments, which will create thousands of new jobs and grow the economy.  In the Eagle Ford Shale in Texas alone, development is supporting more than 86,000 jobs and contributing $3.3 billion in salaries and benefits for Texas families.