Water Reuse and Management: A Spotlight on Appalachia

Water plays a significant role in the production, transportation, and end-use distribution of all energy resources. Whether it’s used to extract more hydrocarbons from shale rock via hydraulic fracturing or produced as a drilling byproduct – commonly referred to as “produced water” – operators rely upon a fresh water supply to safely and efficiently develop natural gas and oil.

Across the entire industry supply chain, operators are responsible for properly managing this produced water and are subject to strict state and federal regulatory oversight to ensure groundwater is protected and conserved. In Appalachia specifically, operators are also required by law to transparently disclose chemical use at each well site to the independent agency, FracFocus, in order to protect drinking water further.

In the summer of 2012, Pennsylvania joined Colorado, North Dakota, Oklahoma and Louisiana in requiring chemical disclosure to FracFocus, and a year later, Ohio and West Virginia signed similar legislation into law.

The importance of proper produced water management and disposal is underscored in a new study conducted by the American Chemical Society (ACS), “Utica Shale Play Oil and Gas Brines: Geochemistry and Factors Influencing Wastewater Management.” In the report, the ACS emphasizes a need for of safe water recycling and disposal methods:

“Care needs to be taken for the Utica Shale Play produced water management, similar to the Marcellus Shale, as the play continues to expand.”

Fortunately, that’s already being done. In addition to operating under and adhering to some of the toughest regulations in the nation, producers across Ohio, Pennsylvania, and West Virginia have developed innovative approaches to minimize environmental impacts and integrate sustainable business practices.

The natural gas and oil industry has always been at the forefront of modernized production techniques. Consider, for instance, the discovery and embrace of combining horizontal drilling and hydraulic fracturing technologies, which has made the United States the leading natural gas and oil producer in the world.

These practices have been up and coming among American natural gas and oil producers – and companies with a presence in Appalachia are of no exception. In fact, operators in the region have been recycling water for more than a decade, without being required to by regulation.

Range Resources, one of Pennsylvania’s leading natural gas producers, is a perfect example. The company pioneered large volume recycling in 2009 and was the first company to achieve 100 percent reuse of produced water. Today, Range uses almost 100 percent of flowback, produced, and containment water for its operations and also recycles other operators’ water in the region to reduce freshwater usage even more.

Last year, Range recycled more than 5 million barrels (bbl) of water from other operators in the area in addition to the 99.18 percent of its own more than 10.4 million bbl of water. 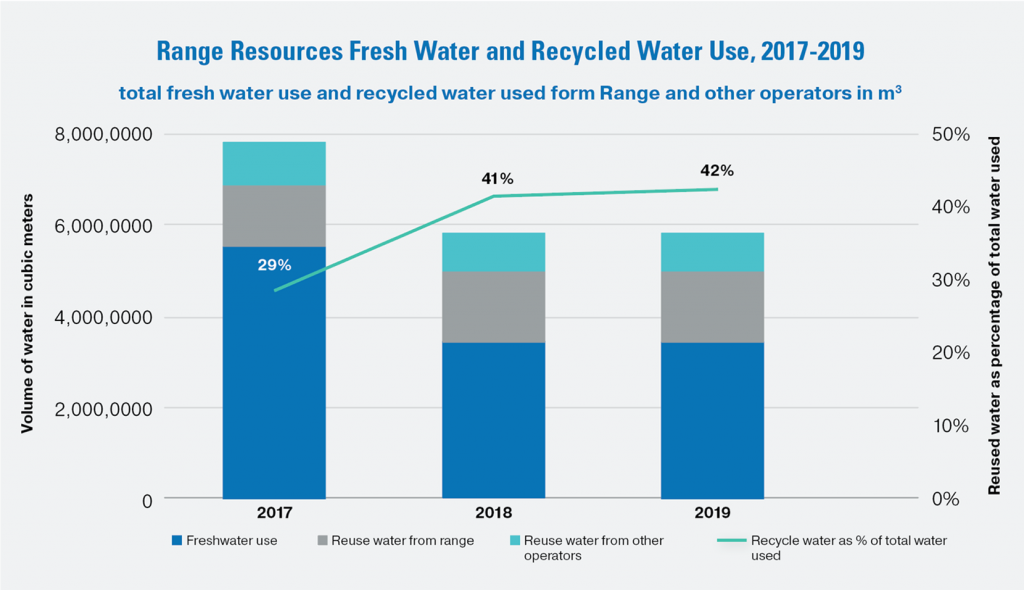 Moreover, Ascent has developed internal software which tracks produced water movement and usage in real-time. This data then helps to make logistical and technological improvements aimed at achieving its goal of reusing 100 percent of the company’s produced water.

Last year, Ascent reused about 68 percent of its produced water for routine drilling operations and, during the first quarter of 2020, achieved a company record of reusing 85 percent of produced water, according to the report.

In 2017, Southwestern Energy – a producer in all three Appalachian states – designed a water infrastructure program that sources water from the Ohio River to distribute fresh water to the company’s well pads. Southwestern’s  system, according to the independent Groundwater Protection Council, “will have the potential to later be expanded to carry wastewater away from the well pads for reuse.”

The company has also established a “Fresh Water Neutral” formula to conserve water use in its operating areas. In 2019, Southwestern recycled 99 percent of produced water in Northeastern Appalachia, according to its website, and about 52 percent in Southwest Appalachia. 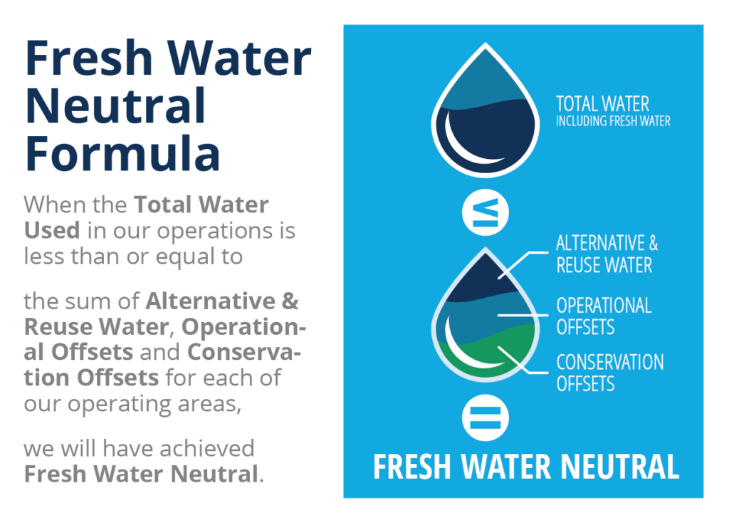 As the Appalachia Basin continues to be a leader in domestic energy production, water management will be key to maintaining safe and responsible operations. Whether by policy design or through industry-led water recycling and reuse initiatives, it’s clear that operators make it a priority to safely manage all aspects of water use.