West Virginia Governor Jim Justice vetoed legislation this week that would have provided needed funding to the West Virginia Department of Environmental Protection for plugging the state’s more than 4,000 orphaned and abandoned oil and natural gas wells.

While Gov. Justice acknowledged the revenue that would have been generated by HB 2673 – up to $4 million annually – is “a goal that needs to be pursued and achieved,” he ultimately vetoed the legislation saying, “this needed funding should come from general revenues.” Most legislation to address this growing issue failed this session, despite WVDEP currently receiving only enough money appropriated from new well permit fees to plug around 10 wells per year.

HB 2673 would have increased the severance tax exemption on the state’s struggling low-producing wells. The severance tax normally paid on the production from these wells, would have been reduced by 50 percent with the collection of the now 2.5 percent severance tax going to a special account managed by the West Virginia Department of Revenue and earmarked to the WVDEP for the plugging of an estimated 60 or more orphaned and abandoned wells yearly. 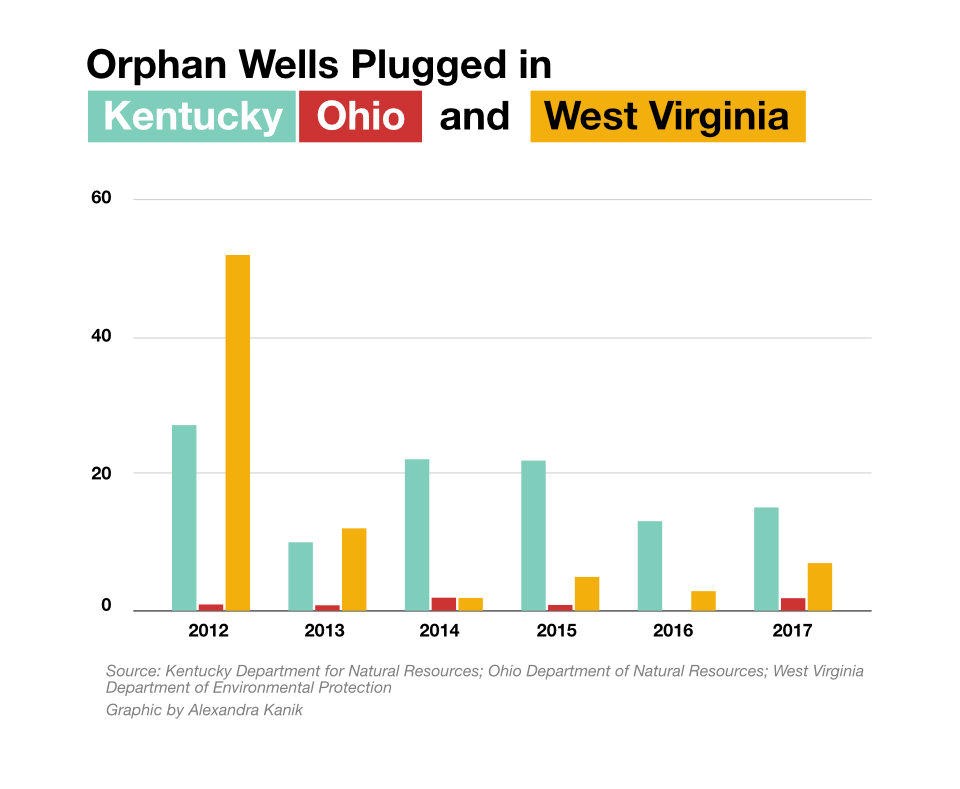 HB 2673 had strong bi-partisan support from a wide range of stakeholders.

The bill passed through the West Virginia legislature with widespread bipartisan support: the Senate passed HB 2673 by a vote of 33 to 1 and the House passed it 89-11, and in large part because of the wide range of diverse stakeholders that supported the measure. As Senate Energy Committee Chair Randy Smith said, the bill was a shining example of effective collaboration between the industry, landowners and the environmental community:

“I want to tell all the stakeholders how much we appreciate your work on these bills.”

The bill had support from the WVDEP, surface owners organization, the West Virginia Farm Bureau, the environmental community and the oil and gas industry:

HB 2673 would have decreased emissions and potential groundwater issues.

In West Virginia there are estimated to be more than 4,000 wells that are considered to be orphaned and abandoned. These wells could have been drilled and developed as far back as the mid- to late-1800s and often ownership or even the location of the wells is undocumented.

It’s an issue that across the country, the oil and natural gas industry has worked collaboratively with regulators and other stakeholders to find realistic solutions to address, as was the case with HB 2673. In many states, fees or taxes from the industry provide the funding to properly plug the wells.

One potential concern with these “abandoned” wells is that some have been found to be leaking methane into the air. Regardless of how widespread this issue actually is in West Virginia, it’s one that all stakeholders – landowners, regulators, environmental groups and the oil and gas industry – agree needs to receive better funding, and that’s why so many diverse parties supported HB 2673.

The bill proposed to increase the oil and natural gas production threshold that would qualify a producer to pay a severance tax on a well. This would have meant that low-producing wells that may soon need to be properly plugged and abandoned because of current cost impediments, including the severance tax and low commodity price of natural gas, would instead pay a lesser fee on production specifically designated for WVDEP’s well plugging initiative.

The environmental benefits of such a move would have been two-fold. First, the state would have had the funds necessary to plug roughly 60 or more wells a year, potentially lowering emissions and alleviating the risk of methane emissions.

Second, the bill would have lessened the burden on marginal wells, potentially increasing their cost-effectiveness and in turn allowing them to be in production longer – thus avoiding more wells being added to the states plugged and abandoned list.

HB 2673 would have had increased economic benefits.

The biggest point of contention for the legislation was that it would decrease current severance tax payments to some counties. But here’s the thing: severance taxes paid on high producing shale wells in West Virginia are increasing, while the taxes paid on lower producing conventional wells – the wells that would have been impacted by HB 2673 – are steadily decreasing. More than 92 percent of the state’s natural gas production – and severance tax on this production – now comes from newly drilled “unconventional” or shale wells.

Much of the lost revenue from marginal wells will be made up with shale production as the region continues to drive U.S. natural gas production. If the Appalachian Basin, which includes West Virginia, were a country, it would be the third largest natural gas producing country in the world.

HB 2673 had the potential to keep West Virginia’s lower producing marginal wells producing, and while that may have no longer generated severance tax revenues in some counties, it still would have benefited them.

In West Virginia, lower pressure marginal wells are often tied into local utility distribution networks that provide gas to homes and businesses and these supplies are decreasing each year where new conventional wells have not been drilled for many years due to economics.  Already residents have faced gas shortages and reliability issues in winter, but HB 2673 would have kept lower producing wells in production, thus enhancing these older distribution systems in order to keep homes and residences in gas.

It also would have been a job creator. Currently, the WVDEP has to outsource its efforts to plug wells. If HB 2673 had passed, the state would have had the dedicated funds to hire or contract experienced local oil and natural gas operators to properly plug the state’s abandoned wells.

Governor Justice’s decision to veto House Bill 2673, that had such widespread, bipartisan support on the basis it would significantly and negatively impact the state’s already decreasing severance tax revenue from low producing wells is unfortunate. In the long run HB 2673 had the potential to offer a tangible solution to two issues the state faces, while at the same time creating environmental and economic benefits.