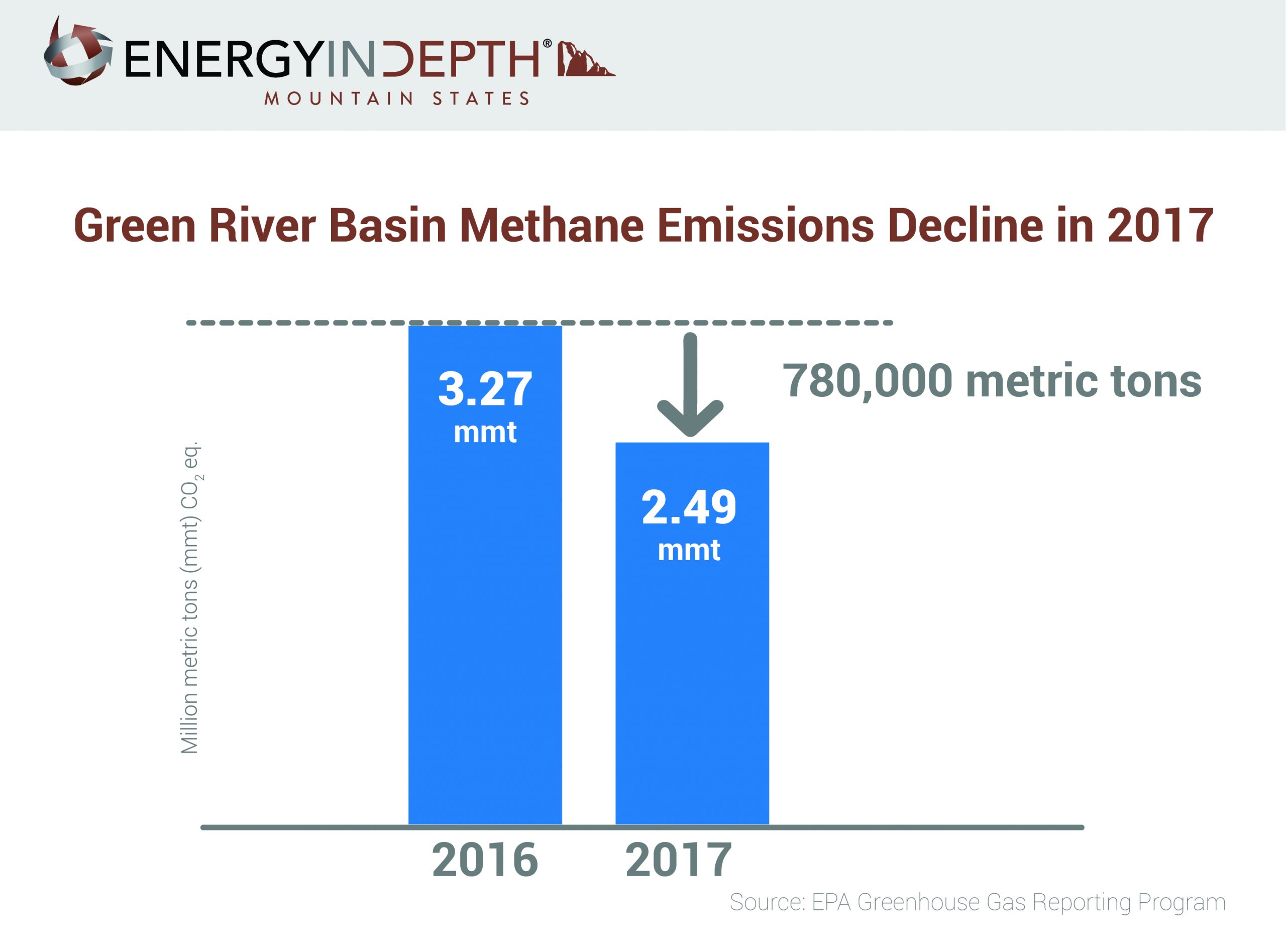 U.S. Environmental Protection Agency (EPA) data released this week included some great news for Wyoming and north-central Colorado: methane emissions from oil and gas production in the Green River Basin decreased by 780,000 metric tons of CO2 equivalent (MT CO2 eq.) in 2017. That represents a near 25 percent drop from 2016.

The data provide a compelling counterpoint to accusations that producers in Wyoming – a major target of the costly and recently replaced Obama-era Bureau of Land Management venting and flaring rule – are emitting too much methane.

But just because emissions declined in the Green River Basin doesn’t mean the basin was any less productive. The basin is home to 12 of Wyoming’s 100 best-producing oil fields and more than half of Wyoming’s most productive natural gas fields. In 2017, Wyoming saw a marked increase in oil production, rising from 72.6 million barrels in 2016 to 75.6 million barrels. The state also remained the nation’s sixth biggest natural gas producer and had 23,440 producing natural gas wells in 2017. Most of those wells are located in the Green River Basin, particularly Sublette County.

According to the U.S. Energy Information Administration (EIA), the Green River Basin could someday be “the world’s largest crude oil resource” if further technological developments can help unlock the massive supplies of oil shale in the region.