The Sunshine State could also be called the Natural Gas State, according to data recently released by the U.S. Energy Information Administration.

Florida has also experienced some of the fastest electricity sector growth of any state in the nation. Between 2008 and 2018, overall net generation increased by approximately 15 percent. Natural gas has more than kept up with demand, increasing electric utility generation by 76 percent from 92,600 GWh to 163,00 GWh during that time. EIA predicts this trend will continue:

Lower Utility rates in Florida – Thanks to Natural Gas

The increased use of natural gas across the state is helping to lower Floridians’ energy bills. Florida ranked 16th in the country for lowest electricity prices in August, according to Choose Energy.

In 2008, the average retail price for residential customers was 13.5 percent higher than the national average. In 2018, Floridians paid almost 13 percent less than the national average. In addition, when adjusted for inflation, Floridians actually pay over 10 percent less on their electric bills than they did in 2008, while the average American pays more than 10 percent more.

In addition to making energy more affordable, the switch to natural gas is also helping to decrease U.S. climate-related air emissions – with states like Florida leading the way. EIA data show the state’s CO2 emissions fell 11.7 percent from 2005 to 2016, the last year for which data is available.

Natural gas has been credited with decreasing U.S. emissions by 50 percent more than wind and solar combined and is responsible for 61 percent of U.S. electricity generation CO2 reductions since 2005. Looking forward, the use of natural gas for electricity generation could prevent 1.2 billion tons of carbon emissions from entering the atmosphere, according to the International Energy Agency. 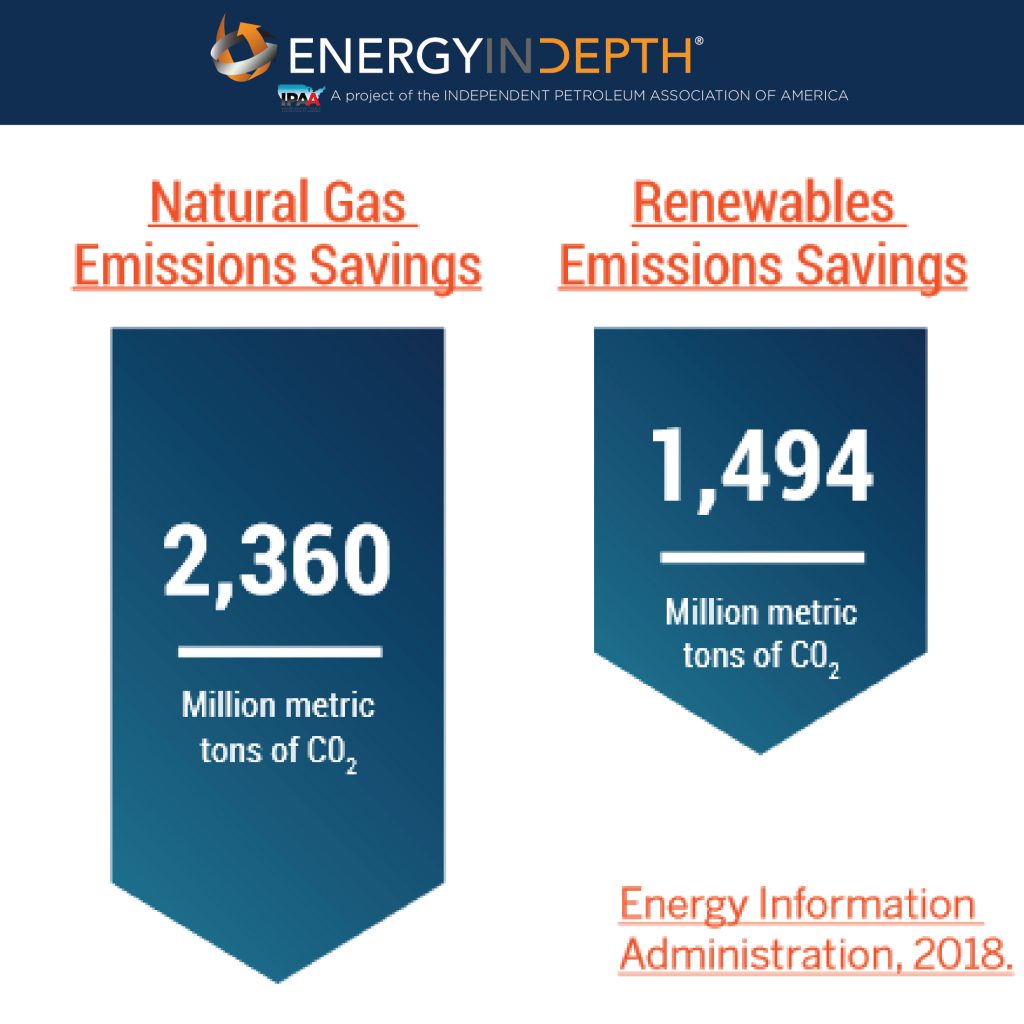 States like Florida are prime examples of why 2020 Democratic presidential candidates’ climate plans that exclude natural gas from the future U.S. electricity fuel mix are so out-of-touch with reality. Natural gas is already helping to lower U.S. emissions, and will continue to play a significant role in reducing global emissions.