Anthony Ingraffea, a notorious anti-fracking activist and a professor of engineering at Cornell University, is yet again planning to take his misleading anti-fracking claims on the road – this time to Florida – in his ongoing campaign to stop all fossil fuel development.

The Conservancy of Southwest Florida recently sent out an invitation for a meeting at the end of September that will feature Ingraffea. Apparently, Ingraffea’s role in the anti-fracking echo chamber that led to the highly political hydraulic fracturing ban in New York has, not-surprisingly, caught the attention of similarly-inclined groups in Florida pushing for the same outcome in the Sunshine State. Unfortunately, the Conservancy failed to inform elected officials and community leaders that Ingraffea is one of the most thoroughly debunked activist academics writing about these issues.

Here are a few important things all Floridians should know when it comes to this so-called oil and gas “expert.”

#1. Ingraffea’s research has been thoroughly debunked by the greater scientific community

It is important to understand that the very research that helped elevate Ingraffea in the eyes of the anti-oil and gas activist community has been thoroughly debunked by the scientific community, including scientists working for reputable environmentalist organizations.

As a 2013 EID factsheet shows, Ingraffea’s research with his Cornell colleague Bob Howarth has been heavily criticized by Carnegie Mellon University, Massachusetts Institute of Technology (MIT), the National Energy Technology Lab, IHS-CERA, Worldwatch Institute, the Council on Foreign Relations, former state regulators, and the Clean Air Taskforce, just to name a few. The pairs’ Cornell colleagues have even chimed in, saying,

“Here we reiterate and substantiate our charges that none of [Howarth’s] conclusions are warranted.”

In response to a 2013 Ingraffea opinion piece published in the New York Times, University of Chicago climate scientist Raymond Pierrehumbert said that the claims made by Ingraffea were “more a matter of distorting science in order to support a preconceived political agenda,” rather than addressing “legitimate concerns” “on their own merits.”  And Richard Muller, a University of California-Berkeley physicist and professor of physics, added:

“[I]f you want to make methane leakage sound scarier than it really is, you can present the short term GWPw (global warming potential per unit of weight) of 25 or 72, rather than the long term GWPfm of 3.3 or 10, and perhaps hope that the reader will do the mistaken calculation and come away overly frightened by the large value.”

#2. Ingraffea has admitted he has no experience whatsoever with oil and gas development

Despite Ingraffea’s deeply flawed research, for years anti-industry activists and the media have positioned him as an expert on energy development, and specifically on the process of hydraulic fracturing. The Conservancy of Florida is no different, describing Ingraffea as a “national leader on unconventional oil and gas extraction.”  But in March 2016, when he took the stand in a trial alleging water contamination in Dimock, Pa., it quickly became clear that he is anything but a fracking expert when he acknowledged he does not have a degree or license in petroleum engineering. In fact, it came to light that he has no experience whatsoever with shale development. From his testimony:

A. No…some distance away from a pad where fracking was occurring. (emphasis added)

And that wasn’t even the first time he admitted to a lack of expertise. Ingraffea also acknowledged during a 2013 interview with EcoWatch that his only experience with oil and gas development was a computer simulation project he worked on for one year, more than 30 years ago, that resulted in his belief that fracturing shale would be an impossible task.

“The work with Schlumberger focused on various aspects of hydraulic fracturing. The only contact I ever had with shale gas development was 1983-1984. I spent my first sabbatical at the Lawrence Livermore National Lab working on what was then called the Department of Energy’s Eastern Devonian Shale Project. We were using computer simulation to try to understand how to fracture already fractured shale. [Shale already has natural fractures: see Ingraffea’s comments below.] But it turned out to be a dead end, nobody knew how to do it, it looked like an insoluble problem.” (emphasis added)

The actual technology development and perfection of this process of combining high volume hydraulic fracturing with horizontal drilling didn’t occur until 2004 in the Marcellus Shale, 20 years after Ingraffea had ceased to be a part of the research.

#3. Ingraffea admits to having a clear bias against fracking

During the same trial in which Ingraffea admitted he has no expertise in shale development, he also conceded to being “a self admitted advocate” against fracking. This is something he has bragged about in the past.

For instance at a 2015 event in Colorado, he admitted,

“You can read any of the papers I participated in writing and you can easily detect the words we use, the phraseology… predilection. I wouldn’t say bias… it’s too strong a word. But, in the conclusions and in the summaries and the abstract, it’s clear what we owe people to provide by reading this paper. And that’s a form of advocacy. And we have advocacy-laced…advocacy-laced words and phrases in our papers.” (emphasis added)

That shouldn’t come as much of a surprise when one considers the types of events and groups he typically associates with. The Conservancy of Southwest Florida is one such group, as it has been highly vocal in its support of a fracking ban. 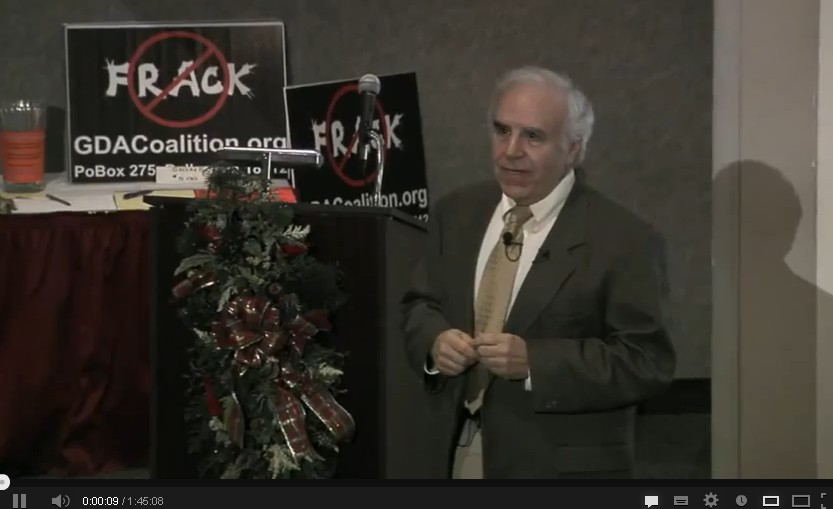 During the same trial, Ingraffea was also asked about a presentation at a Colorado anti-fracking event:

A. Most certainly is. (emphasis added) 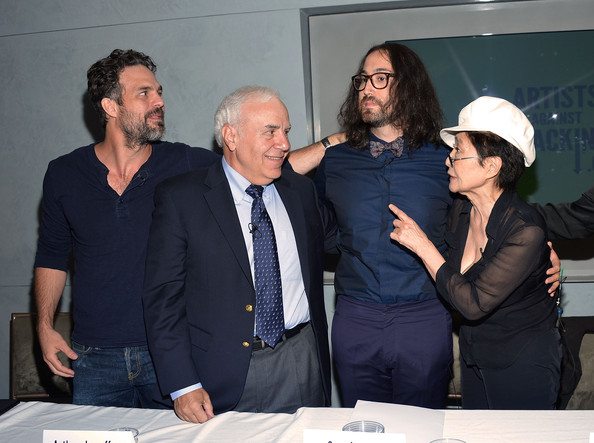 Ingraffea has multiple affiliations with anti-fracking groups like Artists Against Fracking; however, perhaps the most notable association is with a group that he helped found: Physicians, Scientists and Engineers for Healthy Energy (PSE).

PSE has released a slew of health studies that scapegoat fracking for every ailment under the sun, but offer no actual proof as to how they reached such a conclusion – the most recent of which Ingraffea had a hand in drafting. Notably, these studies couldn’t find causation even if they tried – something they have been heavily criticized for by other environmental groups – because none of the studies PSE releases or references take real measurements.

The end goal for PSE studies is not factual evidence, but rather to generate as many negative headlines against fracking – and thus energy development — as possible. This strategy was laid out in full detail in a 2012 media strategy memo urging environmentalists to make connections between health problems and fracking even when no evidence to support the linkages exist. From the memo:

“[T]he effect of ‘one-off’ projects, such as a single scientific study out of a university destined for an academic journal, will fade more quickly than a study informed and engaged with by impacted communities (Robinson 2012), popularized in the media, and translated into reports and other materials for popular consumption.” (p. 16; emphasis added)

The icing on the cake – the author of that memo just so happens to be PSE director Seth Shonkoff.

Tony Ingraffea is a lot of things, the most notable of which is being an unabashed anti-fracking activist, but an expert on shale development is not one of them. He has continuously been called out for his advocacy-laced, politicized, and heavily flawed research, and his very public affiliations make it impossible to view him as even remotely unbiased. By his own admissions, neither he nor his research should be considered objective.

Yet, he will be making a presentation in Florida this month in the hopes of influencing state policy that could shut down an industry that has safely operated there for decades. The question is: how many Floridians, members of the legislature and the media will give him undo attention?