The revocation cheered by environmental activists removes a critical means for safely transporting the kind of Canadian crude oil that U.S. refineries on the Gulf Coast are designed to process, leaving them more reliant on oil from overseas nations. As Bloomberg recently reported, the United States has turned to record high imports of Russian heavy oil to feed those refineries:

“If Saudi Arabia increases its production in the next few months, as many expect, its barrels could potentially displace the Russian ones. So could oil from Kuwait and Iraq. Otherwise, American refiners would still need to find some dense crude to feed their cokers. Crude from Canada’s oil sands is an option; but U.S. refiners are probably already buying as much as is available.”

Shutting down and preventing critical pipelines like Keystone XL from coming online puts the United States at a disadvantage domestically and globally by restricting access to responsibly produced, North American oil in favor of supplies from countries like Russia. Daniel Turner, founder and executive director of Power The Future, a national nonprofit organization that advocates for American energy jobs, best summarized the aim to cancel the Keystone XL pipeline:

“Great plan. Putin and Xi themselves couldn’t have crafted a better one.”

Russia is already a critical energy supplier for most of Europe. In fact, Russia was the largest supplier of natural gas to the EU, both in 2019 and 2020. It’s no surprise that in 2016, revenues from oil and natural gas accounted for 36 percent of the country’s federal budget. And in recent years, that includes substantial exports to the United States, as well.

Russia is well-aware of the threat that U.S. and North American energy production poses to its energy dominance abroad. During early Keystone construction, Russia purposefully sought to stir up controversy, leveraging irrational fears and the beliefs of “Keep It In the Ground” activists to build opposition against the pipeline.

A report released by the U.S. House Science, Space, and Technology Committee found that Russian agents created more than 9,000 social media posts on American energy and environmental issues between 2015 and 2017. The report found:

“As the threat of American energy continues to grow, so does the Kremlin’s incentive to influence energy operations in Europe and the United States.” 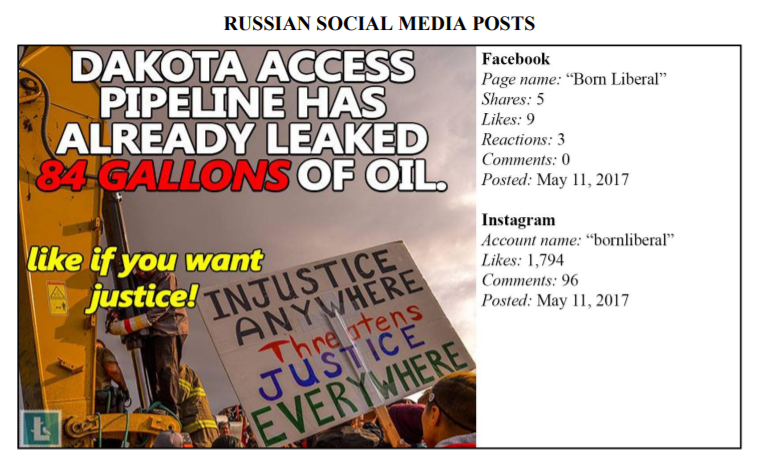 “Russia benefits from stirring up controversy about U.S. energy production. U.S. energy exports to European countries are increasing, which means they will have less reason to rely upon Russia for their energy needs.”

Keystone XL’s future – and whether it can keep Russian oil from playing a greater role in U.S. refiners’ supplies – remains uncertain. Biden’s executive order shutting down the pipeline claimed the pipeline “would not serve the U.S. national interest.”

Twenty-one states disagreed with that assertion – and have filed a lawsuit in response.

In the lawsuit from Montana, Texas, North Dakota and others, the states argue that Biden overstepped his authority, as the “revocation of the Keystone XL pipeline permit is a regulation of interstate and international commerce, which can only be accomplished as any other statute can: through the process of bicameralism and presentment.” The states further say that canceling the pipeline “…harms the physical and economic well-being of the States’ residents, communities, businesses, and workers.”

Besides the clear economic fallout from abandoning the pipeline, the states note that during the Obama administration, the State Department concluded that Keystone XL would increase national energy security.

Instead, the United States is increasingly reliant on countries like Russia to supply refineries with oil that could be coming from North America.