The Community Environmental Legal Defense Fund (CELDF) has been targeting Ohio for six straight years, attempting to pass a total of 35 illegal and unenforceable ballot measures aimed at banning fracking and day-to-day commerce across the state, costing taxpayers across the state hundreds of thousands along the way.

Now eight months after CELDF co-founder Thomas Linzey was slapped with sanctions for similar “bad faith” efforts in Pennsylvania, two Ohio boards of elections have hit him with a two-punch combo, as the Franklin County Board of Elections and the Lucas County Board of Elections recently voted to toss CELDF’s Columbus and Toledo “Community Bill of Rights” measures off their respective ballots this fall, citing Ohio Supreme Court precedent.

CELDF’s fail rate has reached epic proportions in the Buckeye State, as these recent decisions swell the CEDLF Ohio loss record to 86 percent! 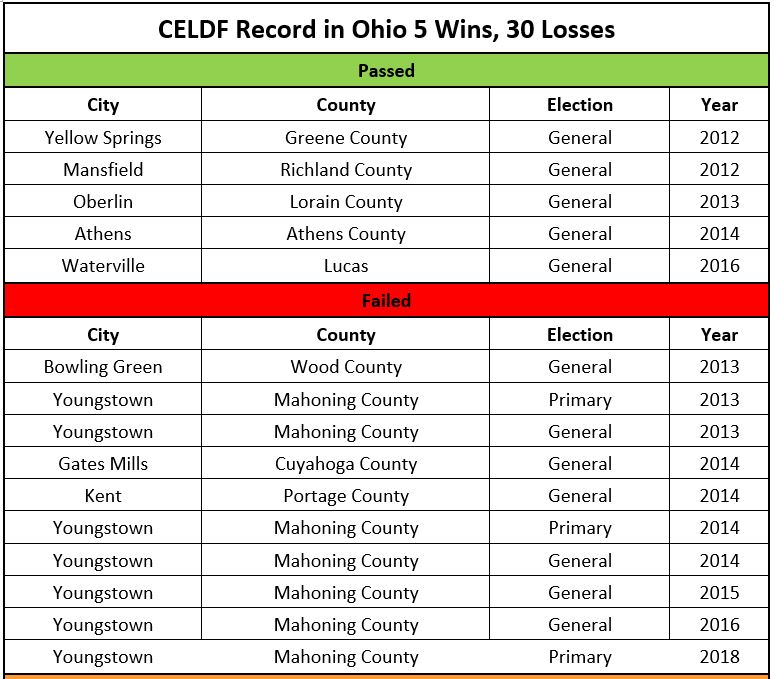 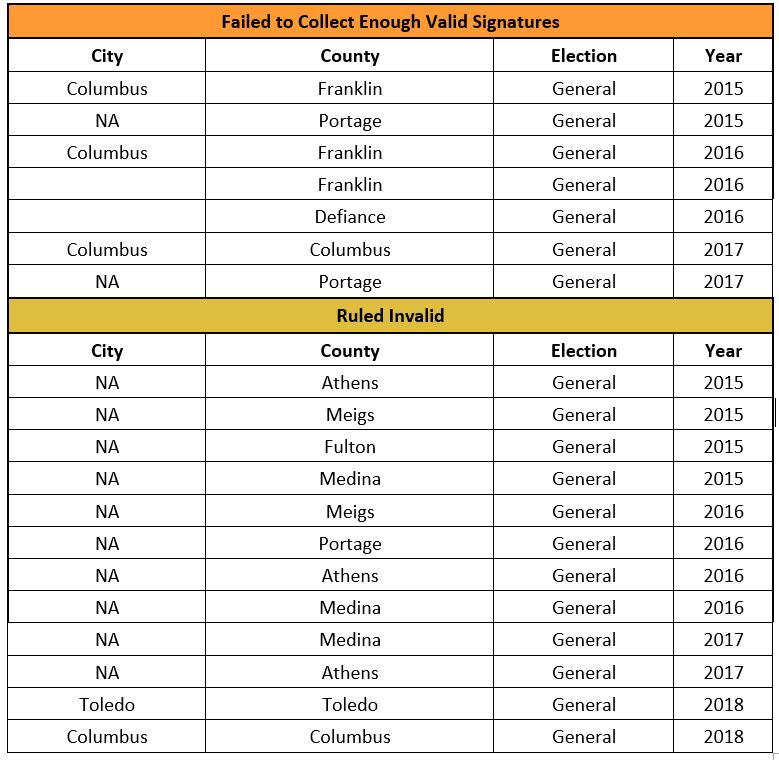 In a futile effort to reverse this trend, CELDF has abandoned its anti-fracking narrative over the years and has instead moved to new titles such as the so-called “Toledo Lake Erie Bill of Rights” and the “Youngstown Drinking Water Protection Bill if Rights.” Recall that initially in Youngstown, CELDF called its efforts the “Community Bill of Rights” Fracking Ban Charter Amendment. But after failing again and again — seven consecutive times in fact — CELDF’s strategy has been to change the name of its “rights of nature” campaign to more ambiguous titles, hoping that voters will simply not read the fine print. Clearly, Linzey is at it again with his “bad faith” tactics, as United States District Court Judge Susan Baxter described in the aforementioned Pennsylvania court ruling,

“Despite their own prior litigation, CELDF and Attorney Linzey, in particular, continue to advance discredited arguments as a basis for CELDF’s ill-conceived and sponsored CBR, and in doing so have vexatiously multiplied the litigation of this matter.”

As a direct case-in-point to Judge Baxter’s opinion here, CELDF just this week filed a mandamus action with the Ohio Supreme Court, officially challenging the Franklin County Board of Election decision on the Columbus Community Bill of Rights.  Is this at all shocking? Absolutely not. This is the playbook for CELDF: circulate petitions, try to get a measure on a ballot, and even if that fails, appeal and take the issue to court, wasting taxpayer dollars in the process. As Judge Baxter noted only month ago, CELDF is acutely aware that its efforts have no legal basis and are instead a blatant attempt to advance a political agenda.

Here’s exactly what Baxter said and what is playing out in Ohio yet again,

“[A]s made clear by the pattern of CELDF-affiliated litigation (all of which has been led by Attorney Linzey) in the years leading to this action, foregoing sanctions in this instance would be inconsistent with the Court’s duty to ensure that lawyers who practice before it do so ethically and responsibly. An attorney ’s zealous advocacy for the protection of a client’s interests is certainly appropriate; however, the legitimate pursuit of justice imposes important obligations on counsel to ensure that the Court is not a mechanism of harassment or unbridled obstruction.

“The continued pursuit of frivolous claims and defenses, despite Linzey’s first-hand knowledge of their insufficiency, and the refusal to retract each upon reasonable request, substantially and inappropriately prolonged this litigation, and required the Court and PGE to expend significant time and resources eliminating these baseless claims. Accordingly, sanctions are imposed and justified in this instance.”

But of course, why would the Pennsylvania-based CELDF care about any Ohio community, recall that Linzey’s mantra is,

“If a town goes bankrupt trying to defend one of our ordinances, well, perhaps that’s exactly what is needed to trigger a national movement.”

With a loss record at 86 percent, one would think CELDF would just throw in the towel. However, as EID has pointed out before, the longer this group continues on with its antics the more their campaign coffers swell — raising millions for its scams while leaving taxpayers to pick up the tab.