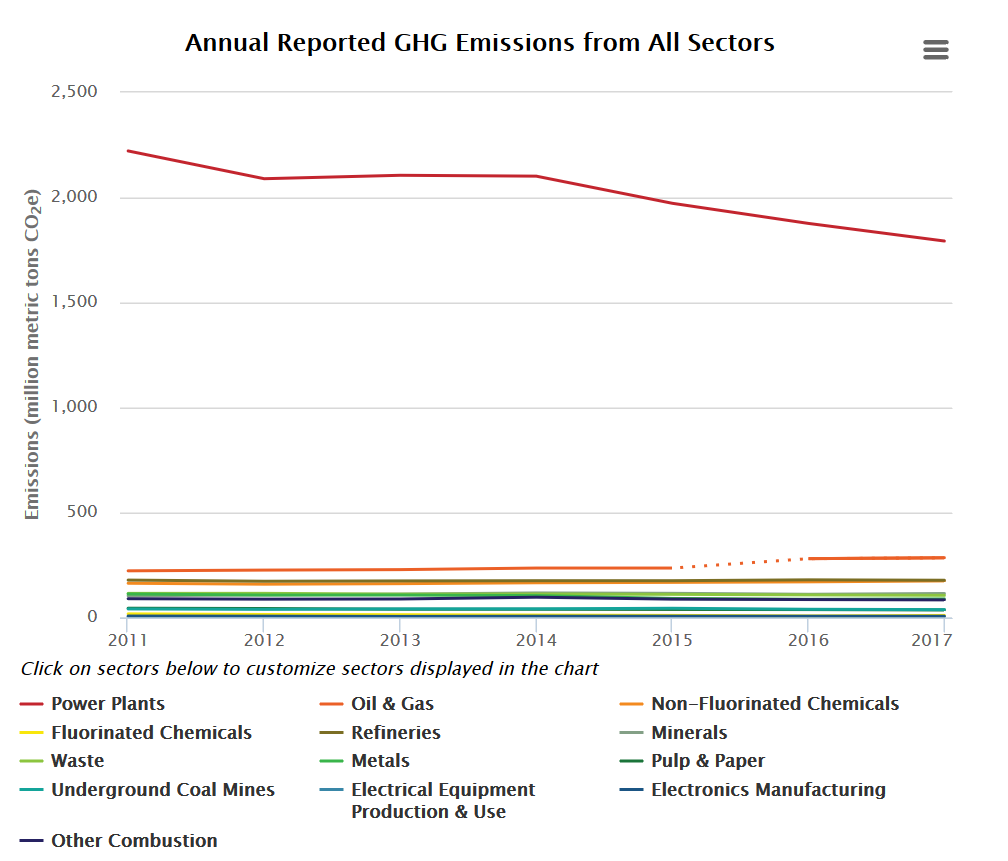 As E&E News reported, the overall GHG emission declines are “largely due to the rise of natural gas and renewable energy.” This sentiment was also echoed in a Washington Times article on the GHGRP,

“’For that impressive ‘greening’ of America, we can thank the underground oceans of America’s natural gas that are now accessible because of the revolutionary, advanced drilling and extraction technologies of hydraulic fracturing and horizontal/directional drilling…”

GHGRP data includes carbon dioxide and methane emissions reported to the EPA from large facilities and represents about half of total U.S. GHG emissions.

Read the full report on EIDClimate.org.