Amid the ongoing backlash to the Consumer Product Safety Commission’s (CPSC) interview foreshadowing a gas stove ban earlier this week, New York Gov. Kathy Hochul (D) announced her plan to electrify buildings across the Empire State, preventing residents from having any gas appliances.

The CPSC and White House have clarified that there is no plan for the commission to pursue a ban at this time and that the President does not support one, but that hasn’t deterred efforts by other federal officials, local municipalities, and states to push the “electrify everything” movement’s policies.

Activist Don’t Care About the Process or Pricetag

In her State of the State address, Gov. Hochul backed a ban on natural gas connections to all new buildings by 2027, a phase out of natural gas in existing residential buildings by 2030, and an eventual end to the use of gas stoves in new construction. Her plan to ban natural gas services will increase inequality, risk electricity reliability and could cost upstate New York households more than $27,800 each, according to a Consumer Energy Alliance (CEA) analysis released in November.

The forced electrification of buildings would affect the 62 percent of New York households that have a gas cooking appliance and the 57 percent that use natural gas heat. 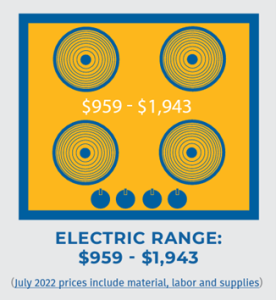 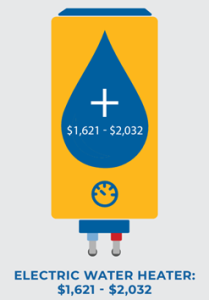 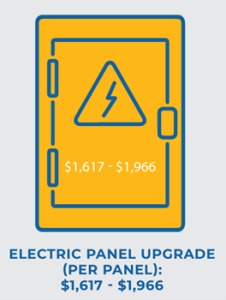 New York’s attempt to pass a gas ban last year failed after trying to include the policy in the 2022-23 budget proceedings. State Assembly Speaker Carl Heastie (D), who has opposed including policy proposals in past state budgets, “balked” at including such a measure through the budgetary process. According to Michael Whyland, the speaker’s press secretary, in an email to City Limits:

“As a general rule we didn’t include in our budget proposal. I know these [environmental] groups may not like the answer, but whatever we do on this issue—or any issue—is guided by the sense of the entire democratic conference.”

However, activist organizations only want to see a gas ban implemented on their terms, and not debated by representatives of the people. Over 200 environmental organizations are trying to gather support for a more aggressive gas ban that would be even more stringent than what failed to become law last year, using the same budgetary process that would skirt the entire democratic conference.

The organizations wrote a letter to Governor Hochul comes only days after NYISO forecasted electrification would increase electricity demand at a time the state is losing generation capacity because of the state’s retiring of firm energy capacity:

“New York’s electric grid is a summer-peaking system but is projected to become a winter-peaking system in the mid-2030s, due primarily to electrification of space heating and transportation, NYISO said. The New York statewide grid is expected to be reliable in the winter for the next 10 years but will be stressed under gas supply shortage conditions that can occur during cold snaps”.

Bottomline: Residential preference and grid reliability is under threat by aggressive lobbying for natural gas bans from environmental organizations. New York state is poised to be the next state confronting the issue, and instead of a legislative debate on the merits of their proposal or an analysis of the state’s energy needs, these organizations will choose the undemocratic budget process to enact laws for their preferred policy outcome.