The Pennsylvania Department of Environmental Protection (DEP) recently released its 2017 annual oil and natural gas report, and like DEP’s 2016 report, it is full of great news for the Commonwealth. In particular, the report shows Pennsylvania’s unconventional industry is not only experiencing record-breaking production, it’s doing so while maintaining “a strong 95 percent compliance rate” on DEP inspections.

Notably DEP’s report also debunks a key “Keep It In the Ground” (KIITG) talking point by explaining, “… there is no evidence that hydraulic fracturing has resulted in a direct impact to a water supply in Pennsylvania.”

And while the report acknowledges that stray gas issues (methane migration) have occurred at times, recent peer-reviewed studies conducted near oil and natural gas operations in the Appalachian Basin have found that shale development is not a major threat to groundwater. This is a sentiment that was echoed by DEP Secretary Patrick McDonnell during his Senate budget hearing testimony in March, when he said, “what we’ve seen in the studies that we’ve seen are; it has been fine on the SRBC side.”

Here are a few additional important highlights from the report: 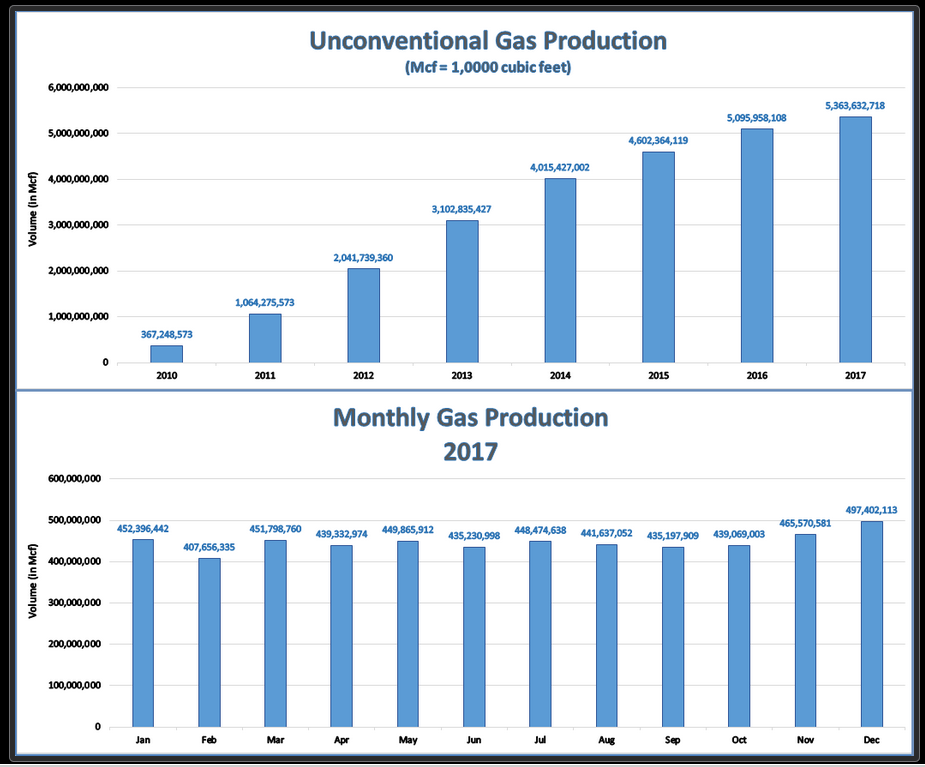 Incredibly, this has trend continued in 2018. DEP’s January through June production data show the state produced 2.9 Tcf during those months, compared to 2.6 Tcf during the same timeframe in 2017, representing about a 10 percent increase in production levels for the first half of 2018. 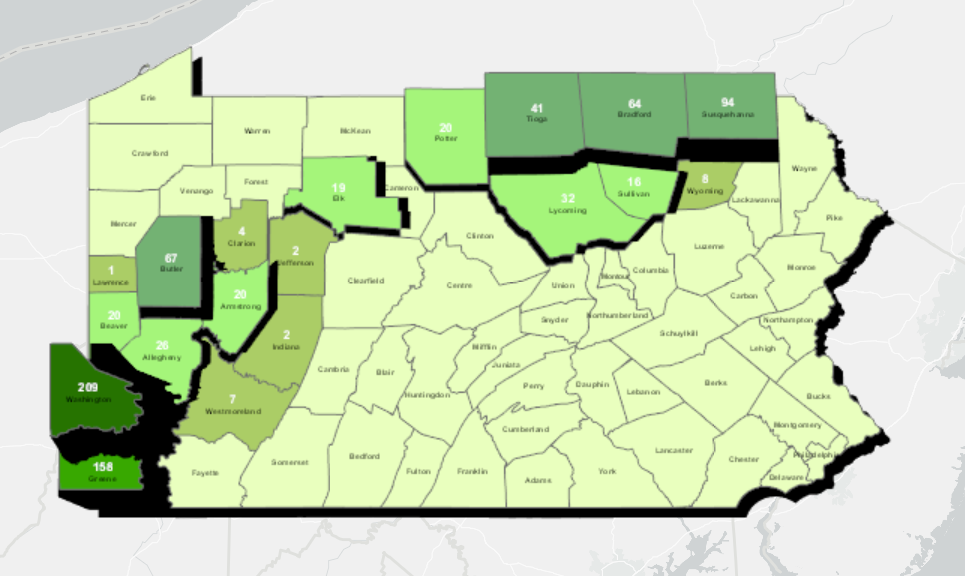 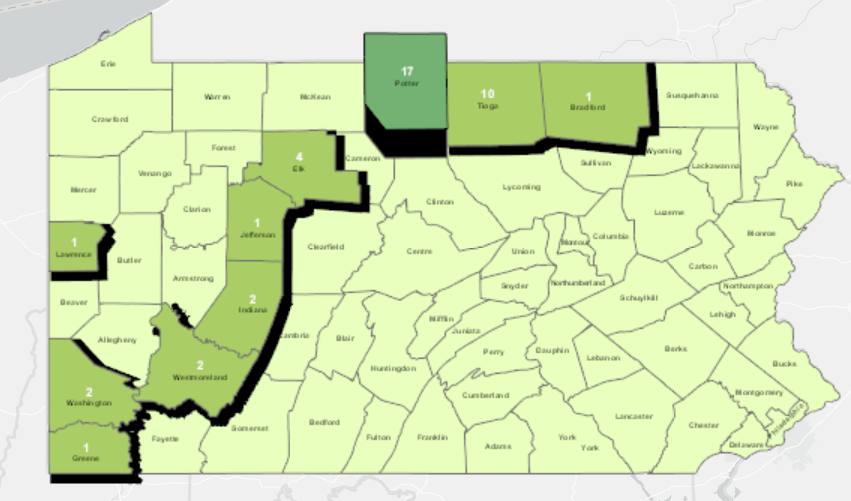 DEP issued about 58 percent less unconventional permits in 2016 than in 2014, following a trend of decreased permitting. But that number is once again on the rise, with 2017 seeing 2,028 permits issued – or about 53 percent more permits than were issued in 2016. 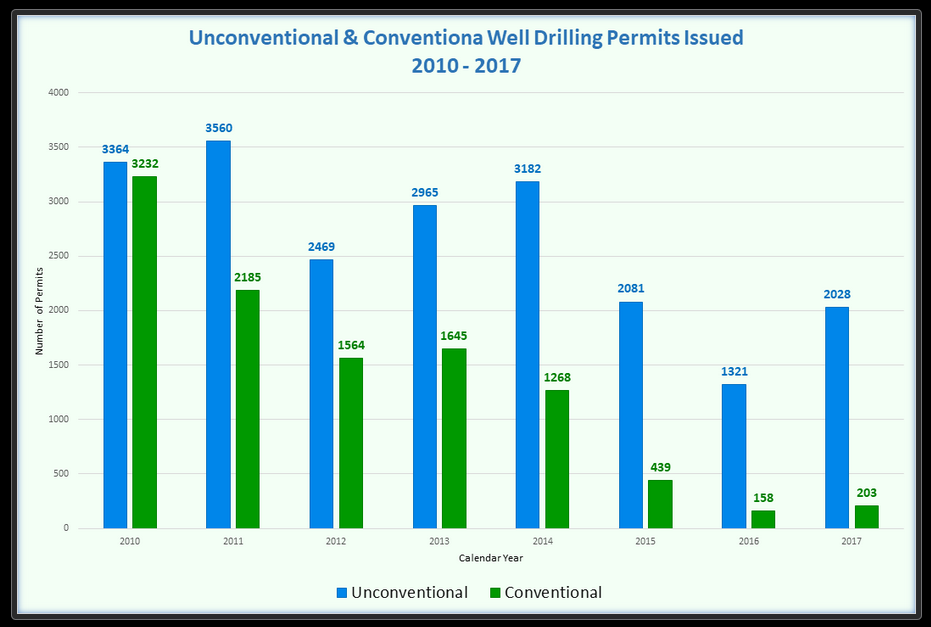 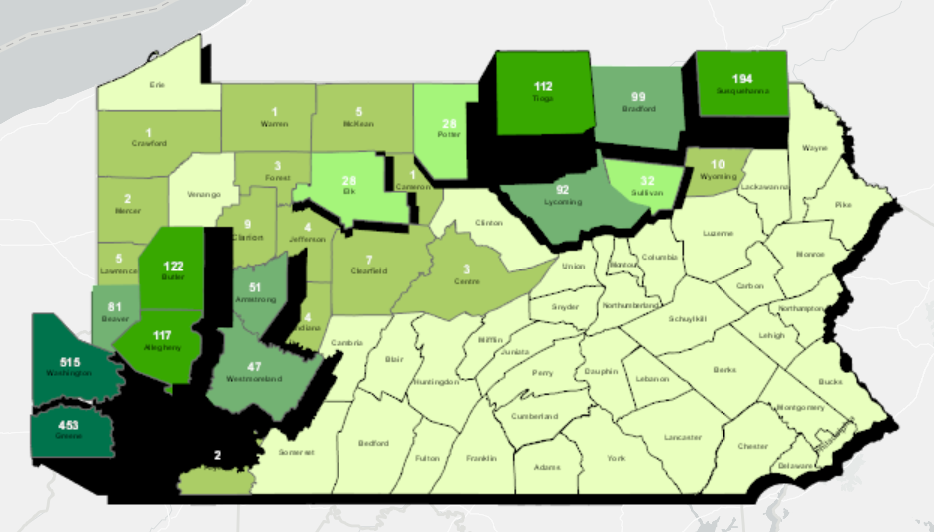 As DEP explained in its report, all of this uptick in activity has occurred while the industry has maintained a 95 percent compliance rate – and that’s despite DEP conducting increasingly more inspections each year. 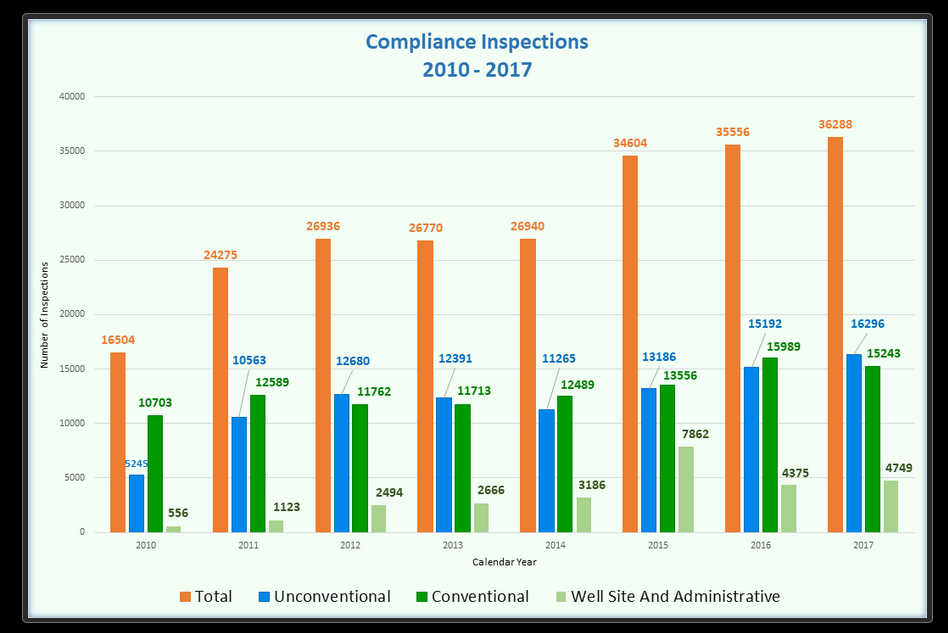 Further, this is just the latest of several Pennsylvania agency reports released this year that have confirmed the state has been able to experience this record-breaking production – and all of the benefits that come with it – without the detrimental environmental and health impacts the KIITG crowd has repeatedly claimed would occur:

All told, the last decade of shale has created incredible opportunities for the Commonwealth, while proving time and again that the industry can and does operate in a manner that is protective of our environment and health. And with 2018 already on a path to once again shatter previous production records, and new investments being made in infrastructure for midstream and downstream projects, it would appear that the best parts of this story have yet to be written.