In its largest distribution to date, the Pennsylvania Public Utility Commission announced this week that it will distribute nearly $252 million in Marcellus impact fees to counties and communities across the Commonwealth. As PUC said in its press release,

“[O]ver the past eight years the PUC has collected and distributed almost $1.7 billion to communities across Pennsylvania.” (emphasis added)

Pennsylvania’s impact fee is a unique tax the industry pays each year on wells drilled. This year’s disbursement of money collected for 2018 is nearly $42.3 million more than last year’s pay-out. 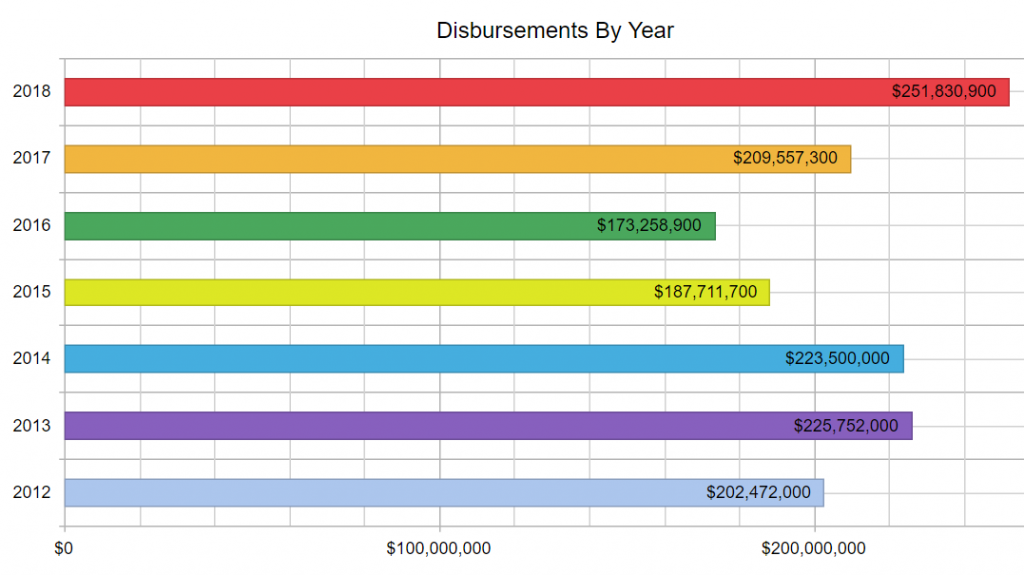 According to PUC, this year’s impact tax revenue will be distributed in the following manner:

While the impact tax revenue benefits all 67 of Pennsylvania’s counties, the majority of money – as the name implies – is distributed in the communities where shale development occurs.

PUC also provides a breakdown of how recent distributions have been spent by counties and municipalities. In years past, a large sum of county money has been spent on projects related to public safety, while municipalities have focused much of the revenue on improving local infrastructure.

The impact tax revenue is just one of many ways Pennsylvania’s shale industry is bolstering the state’s economy. As Spigelmyer said,

“Unique to our state, Pennsylvania’s impact tax continues to be a winning policy solution for the Commonwealth.”