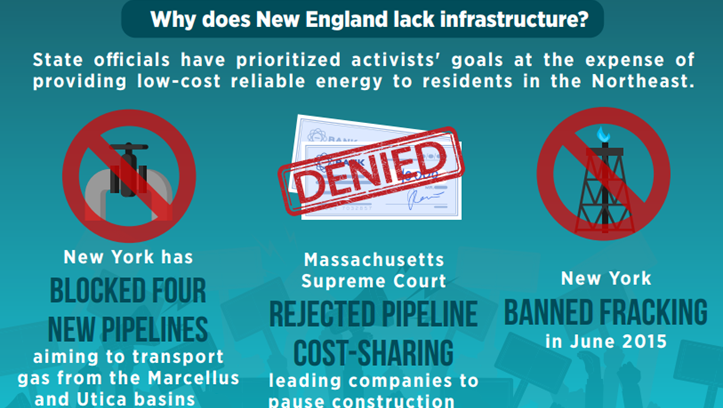 “Keep It In the Ground” Massachusetts Attorney General Maura Healey (D) admitted this week that she’d rather import natural gas from Russia (because climate) than build new pipelines to deliver the abundant supply of Marcellus Shale gas to New Englanders. As E&E News reported on Wednesday:

“Yet many policymakers in the deep-blue region are dead-set against any new gas pipelines, saying that the priority needs to be scaling up renewable energy and phasing out fossil fuels. Buying occasional shipments of LNG in the winter, they argue, is the better way to go.

“’LNG is a more efficient and economical way to meet energy needs during instances of high winter demand than building high-risk and costly pipelines that are not needed to maintain reliability,’ Chloe Gotsis, a spokeswoman for Massachusetts Attorney General Maura Healey (D), said by email. ‘Continuing to rely on pipelines is too risky for ratepayers and our climate.’” (emphasis added)

Healey, who is also one of the AGs spearheading the #ExxonKnew litigation, has been so vocally opposed to adding needed pipeline infrastructure in New England that the Boston Globe recently said she and other policy makers have “leaned heavily on righteous-sounding stands against local fossil fuel projects, with scant consideration of the global impacts of their actions and a tacit expectation that some other country will build the infrastructure that we’re too good for.”  As the Daily Caller reports,

As for Healey’s claim that importing LNG is “more efficient and economical” and that using pipelines is “too risky” for both consumers and the climate – well, as the Daily Caller explained, that’s just flat wrong.

This “Keep It In The Ground” strategy in New England has resulted in a very real energy infrastructure problem, no matter what folks like AG Healey say. The Massachusetts Congressional delegation tried to blame this infrastructure problem on the White House, but the reality is it’s been an ongoing issue that Healey and fellow policy makers have been at the center of thwarting efforts by elected officials like Mass. Gov. Charlie Baker. As E&E News reports:

“But the Baker administration also wanted to include measures to expand natural gas capacity, seeing gas as a way to support renewables and keep overall energy costs down.

“‘When you look at the overall dynamic, the overwhelming majority opinion that states [sic] we are in desperate need of more natural gas capacity on some level, to address our baseline needs,’ Matthew Beaton, Baker’s energy and environmental affairs secretary, said in a May 2016 hearing. He warned against reliance on LNG. ‘To become reliant on that international market to balance our energy needs is an economically irresponsible approach to do it solely in that regard.’”

As the facts show, it is a completely contradictory agenda to push KIITG policy in the name of saving the climate or keeping rates low. New England is the prime example of this, as EID’s latest infographic shows.