Colorado’s methane emissions are coming from background sources in areas far from the state’s oil and natural production, according to a report recently published by the Payne Institute for Public Policy at the Colorado School of Mines. The report also finds that agriculture and wetlands are contributing significantly to emissions.

The Payne Institute report utilized data from a TROPOMI instrument on board the Copernicus Sentinel-5 Precursor satellite along with traditional bottom-up and top-down measuring methods. Incorporating multiple measurement methods increases the accuracy of the research and is the recommended approach by agencies like the National Oceanic and Atmospheric Administration. NOAA recommends “coordinated, contemporaneous top-down and bottom-up measurement campaigns” as “crucial for identifying knowledge gaps and prioritizing emission inventory improvements.”

The result of this multi-pronged measurement strategy was a bit unexpected: Methane emissions over a large area in the southeast corner of the study were as high – or even higher – than those in the Denver-Julesburg (DJ) Basin where oil and natural gas and agriculture are large industries. Additionally, the researchers acknowledged the contributions of wetlands, and the report ultimately reaffirms the need for additional data collection and the use of emerging technologies to better understand the sources of methane emissions.

The DJ Basin that covers much of northern and eastern Colorado and extends into southeast Wyoming, western Nebraska, and western Kansas was the focus of this research. 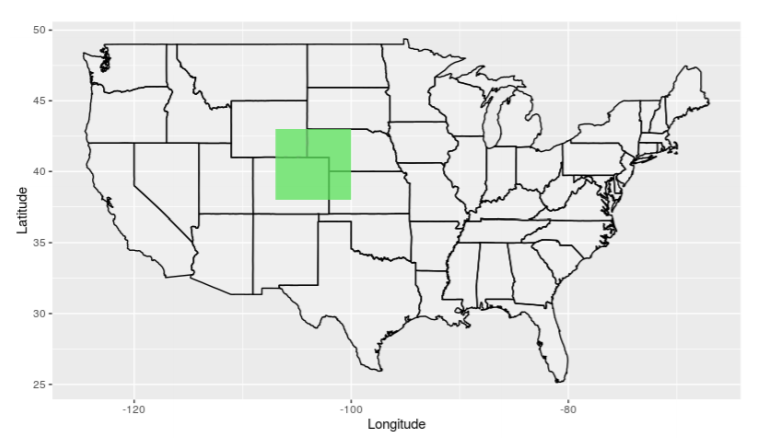 Notably, one of the largest sources of methane emissions identified in the report was actually in the southeast corner of the study area where there is very little oil and natural gas production::

Pollution comes in many forms and its presence in Oklahoma and Kansas has nothing to do with oil and natural gas production in Colorado.

“Similarly, we might be interested in asking: how often is the methane concentration in each gridbox among the top 25 percent in the region? This analysis could also help spot recurring areas of high methane emissions. Particularly, it could reveal gridboxes with the most intense emissions.”

The map below shows that concentrations are again high in the southeast: 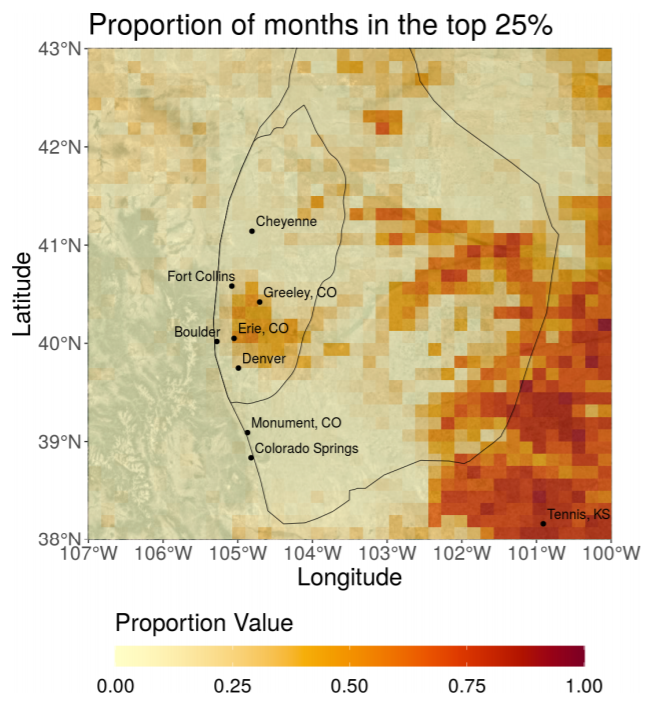 Other Sources Contributing To Methane Emissions

Even in Colorado’s Front Range, where the vast bulk of the state’s oil and natural gas production takes place, the researchers were unable to attribute methane emissions specifically to the energy industry because of agricultural operations:

“The area north of Denver, east of Bolder, and southeast of Fort Collins also shows consistently high concentrations of methane. This could be due to agriculture or oil and gas developments in this area.”

The study also cites two of the state’s major rivers and surrounding wetlands a main source of methane emissions:

“Finally, there appears to be a ‘right caret’ pattern of elevated methane concentrations starting northeast of Cheyenne and east of Denver. This ‘right caret’ directly follows the path of the North and South Platte Rivers. Elevated methane concentrations in this area could be due to agriculture or the presence of wetlands, both of which are known to be sources of methane emissions.” 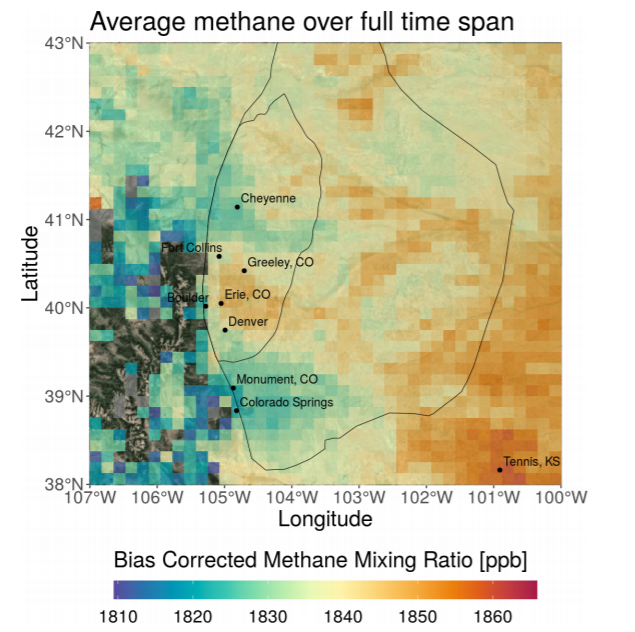 Improving technology is helping to shed more light on the sources of Colorado’s methane emissions and more work must be done to build on this.

Colorado public policy makers need a better understanding of the source of methane emissions in the state, beyond the decreasing contributions from the oil and natural gas industry through its use of innovative technology, to develop sound strategies that will be effective in meeting air quality goals.