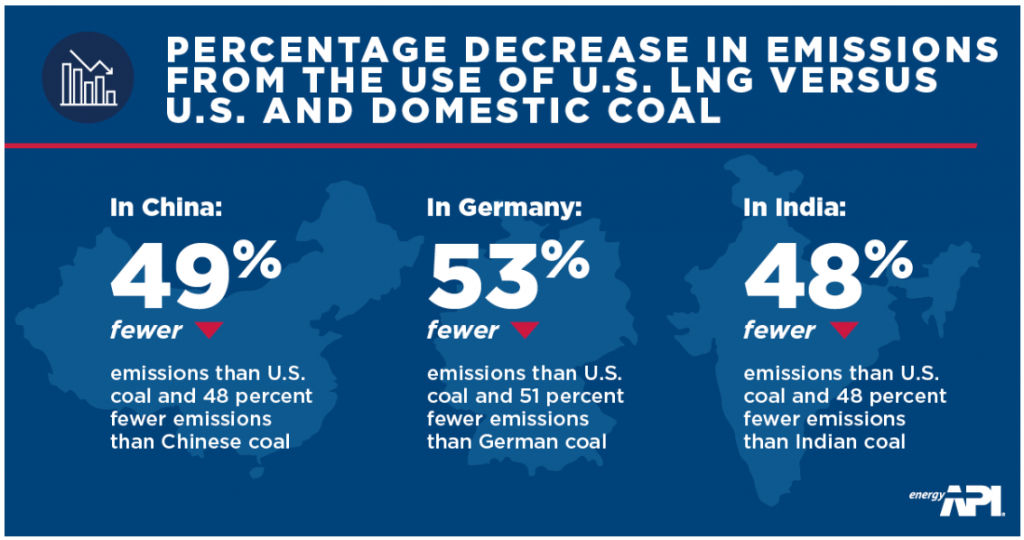 To add some context, along with the United States, China, Germany and India are ranked among the top five largest global economies. Naturally, these three economies also have a gargantuan energy demand to power their continuous economic growth, and also to provide affordable and reliable energy to their populations. Yet, coal is still the predominant source of power generation in these three countries, representing 66 percent, 74 percent and nearly 30 percent of power generation in China, India and Germany, respectively.

“This study underscores what we have known for quite some time – that U.S. natural gas is a far cleaner option than coal for electricity generation, especially in key markets in China, Germany and India.”

It is a fact that gas-fired electricity dominates the U.S. grid. Since 2005, coal-fired power generation has dropped by half in the United States. Unsurprisingly, and due to the shale revolution, natural gas quickly filled that spot and doubled its market share in the same period. This shift explains how the United States power sector achieved major emission reductions in such a short time, including meeting its climate targets 11 years ahead of schedule. 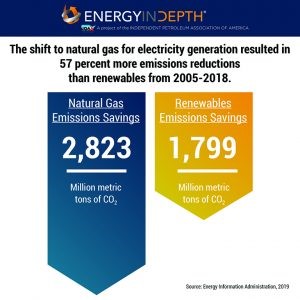