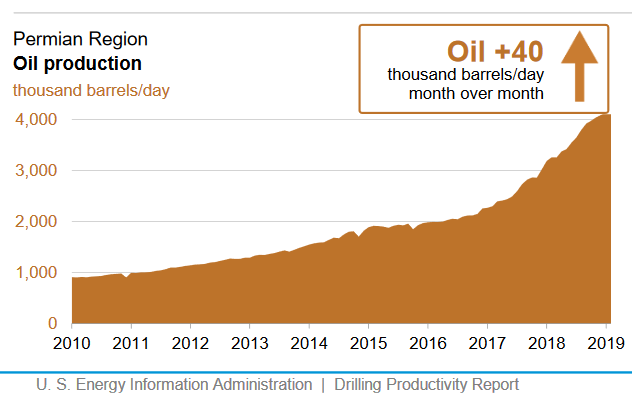 Just two months after the New York Times reported that Texas and New Mexico’s Permian Basin could surpass Saudi Arabia’s Ghawar oilfield to become the highest producing oilfield in the world in the next three years, data released this week provided a new take: It already did.

Now we know the Permian basin is now the most productive oil field in the worldhttps://t.co/AtuOjwGgNm https://t.co/jiITajsmJv

“The new maximum production rate for Ghawar [3.8 million barrels a day] means that the Permian in the U.S., which pumped 4.1 million barrels a day last month according to government data, is already the largest oil production basin. The comparison isn’t exact – the Saudi field is a conventional reservoir, while the Permian is an unconventional shale formation – yet it shows the shifting balance of power in the market.” (emphasis added) 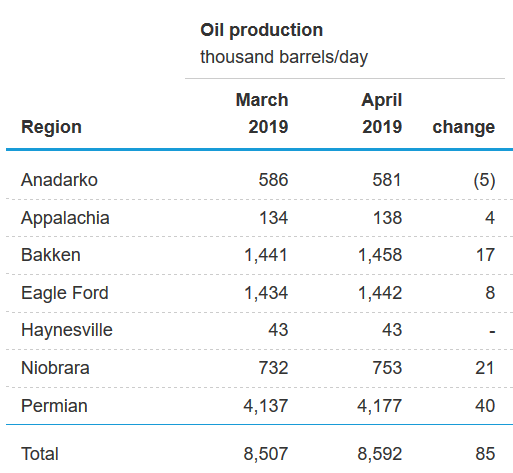 And as the February New York Times article showed, the Permian’s incredible growth potential has already been demonstrated:

The United States is already the world’s top oil and natural gas producer, and as U.S. Secretary of State Mike Pompeo during his recent CERAWeek keynote address:

“Things like horizontal drilling and fracturing, the shale revolution, the oil derricks that dot the landscape all throughout the Permian Basin, matter. New drilling technology and greater energy output are transforming American life and lives all around the world in the same way that the changes did when Spindletop first took place back in 1901. It was a game-changer, and what this industry is doing today is game-changing as well.” (emphasis added)