Energy exports from the United States are securing Europe’s energy future and will only continue to grow following the European Parliament’s vote to classify certain uses of natural gas as a green, or a climate-friendly, energy source, in its taxonomy of sustainable activities. The vote is a tidal shift in Europe’s view of natural gas, which was struggling to find financial interest only one year ago and even turned U.S. LNG shipments away.

But the war in Ukraine has changed the calculus for Europe, and the vote comes after the United States made history last month by delivering more liquified natural gas than piped gas from Russia, and builds on the record exports to the EU that kept the power on last winter.

The United States is a steadfast trading partner to the EU and Americans are supportive in exporting LNG to meet growing European demand. Increasing exports to the EU will replace Russian supplies, which are continually used as a tool of foreign policy, and was identified by in a study from the European Parliament for manipulating gas supplies to punish and to reward:

“But, more than others, Russia uses its energy wealth as well to protect and promote its interests in its ‘near abroad’ and to make its geopolitical influence felt further afield, including in Europe. It uses gas supplies to punish and to reward, affecting both transit states and end-consumers.”

It wasn’t too long ago that utilities in Europe were scrambling to find alternative uses for liquefied natural gas projects, citing a decreasing demand for natural gas imports that couldn’t justify new multi-billion euro import terminals in the face of steady Russian exports. However, the bloc’s energy crisis following bans on Russian energy for their war on Ukraine proved that a diverse mix of energy supplies was vital and is importing more U.S. energy shipments.

On March 25, the White House announced that the U.S. would rapidly increase LNG exports to EU nations in efforts to diminish their dependence on Russian gas. These increases are expected to continue until 2030, in which the United States plans to provide exports of 50 billion cubic meters to Europe annually.

The tide has seemed to decisively turned in favor of American resources, as European leaders accept that their reliance on Russia was a strategic error.

Regarding the relevancy of natural gases and their classification as green, many ambitious climate and energy scenarios show that it is a key component of the green energy transition. As a result of increased natural gas consumption for power generation, the United States has seen a decrease in power section emissions. 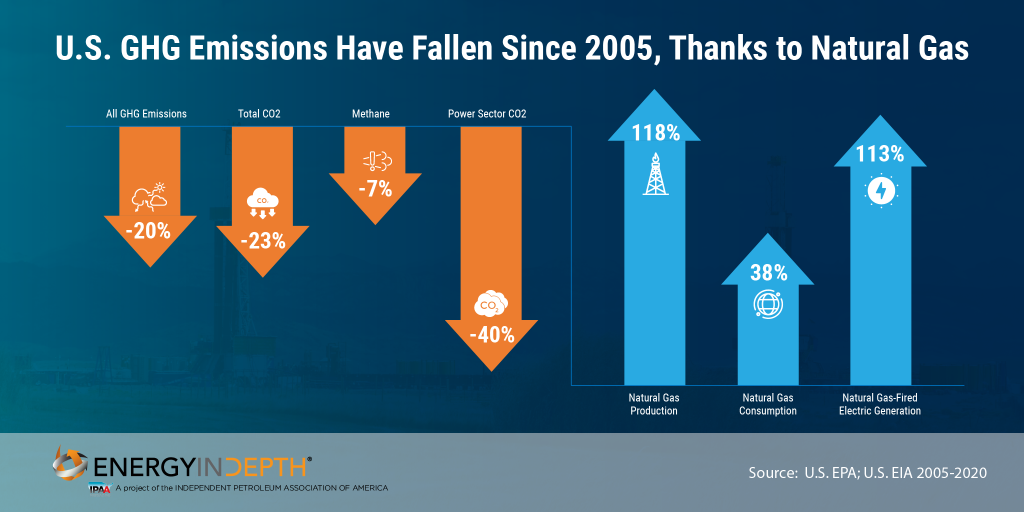 And as the world tackles the global climate crisis, the United States has been in lockstep with the European allies, co-leading the Global Methane Pledge with the EU. According to a 2019 NREL study, the United States regularly surpasses EU’s closest suppliers in low carbon natural gas resources. 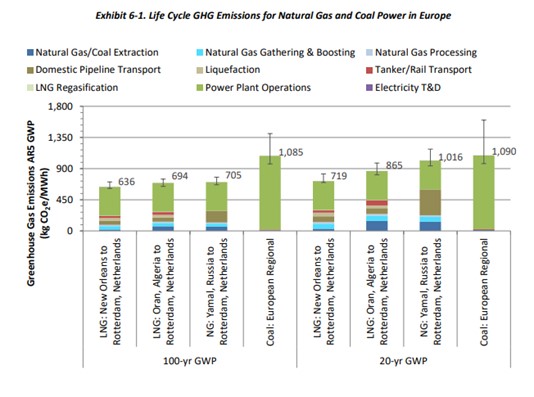 The Environmental Protection Agency’s 2022 Greenhouse Gas Inventory shows that U.S. methane emissions have continued to fall, even with increases in domestic energy production needed to satisfy energy demand in the United States and EU. The 2021 Environmental Partnership report found that participating members have replaced tens of thousands of pieces of equipment to prevent leaks and conducted hundreds of thousands of surveys and inspections since 2017. 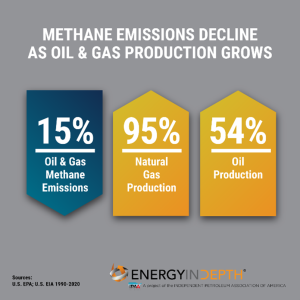 And with a proposed EPA rule calling for rigorous new methane regulations requiring companies to start integrating new technologies in determining their emissions data, emissions are expected to decrease to meet the demands of a low carbon future.

The low carbon profile of American natural gas will sustain European power generators eager to help reduce energy costs and meet their climate commitments. The European Commission and industry groups in Europe are already welcoming the vote, with one German utility calling it “an important sign of the role of natural gas as a bridge to achieving climate goals.”