As Buffalo News reported, the ruling effectively “opened the door for National Fuel to revive a plan to build a 97-mile natural gas pipeline between northwestern Pennsylvania and Elma” – a move National Fuel explained, “will provide consumers with increased access to abundant energy supplies, while also improving reliability and resiliency of the energy grid.”

In response to FERC’s decision, and despite N.Y. Gov. Andrew Cuomo’s recent “Keep It In The Ground” statements bragging about blocking pipelines, the DEC maintained in its statement to Buffalo News that its denial of this needed infrastructure was to “protect” New Yorkers, stating,

DEC also threatened to take legal action in an effort to further delay the project, stating,

“If FERC fails to reverse its misguided decision, DEC will appeal to the U.S. Second Circuit and seek a stay of any construction and continue to vigorously use every legal avenue to protect our state’s resources.”

But contrary to DEC’s claims, it is clear its own actions have been far more “misguided” than FERC’s efforts to curtail this latest pipeline obstruction saga.

Earlier this summer, U.S. Department of Energy Sec. Rick Perry warned leaders from Northeastern states about the impending calamity that could arise should the lack of natural gas pipeline infrastructure in the region remain unaddressed. Perry’s remarks, delivered at the World Gas Conference, lacked subtly in describing the severity of the consequences the state’s continued obstruction of will bring to the people of New York, specifically:

“The citizens of New York are paying more for energy. Their health and well-being is being put in jeopardy. If a polar vortex comes into the northeast part of the country, or a cyberattack, and people literally have to start making decisions on how to keep their family warm or keep the lights on, at that time, the leadership of that state will have a real reckoning.”

Winter is coming, and while one would assume public officials in a cold-climate prone, Northeastern state like New York are planning ahead to ensure the “health and well-being” of the public is secured, it is evident that’s not the case in the Empire State.

Though EID has previously discussed the necessity of building additional pipelines in the Northeast, and the safety of pipelines as the most viable method of transporting natural gas, the DEC’s comments call for a refresher on some simple truths about pipelines:

As their quotes suggest, DEC officials look to portray the buildout of natural gas pipeline as a process done in a haphazard manner. In reality, pipelines fall under some of the most stringent regulatory oversight in any industry at both federal and state levels:

To even obtain a permit to build and operate a pipeline is a lengthy process, one filled with oversight across regulatory agencies – and public input – at every step of the progression: 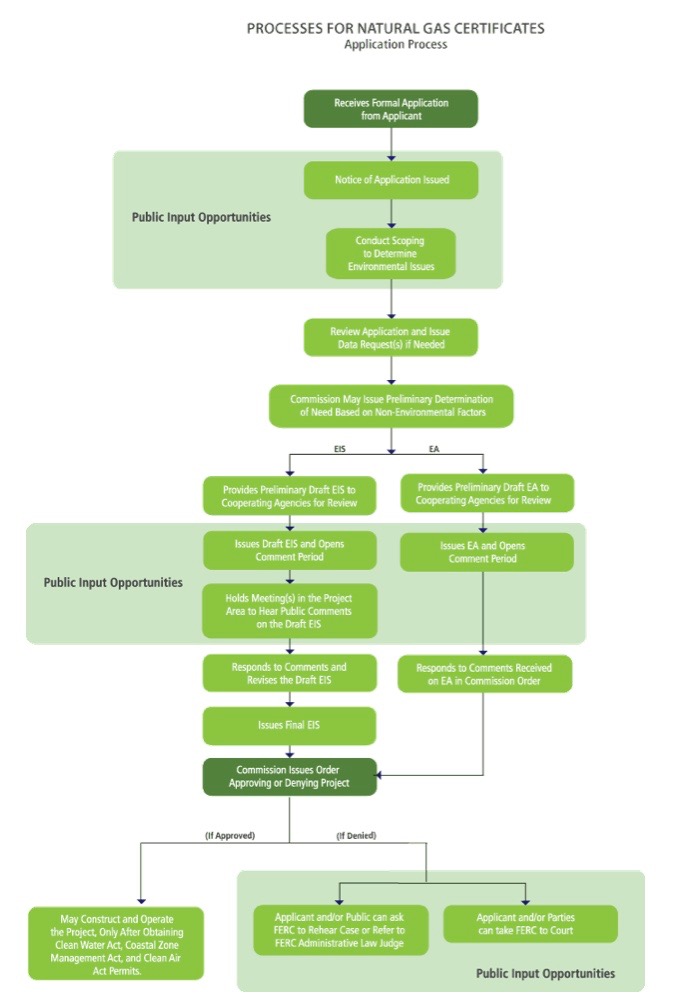 National Fuel has fulfilled every requirement of the permitting process to-date, including meeting with the DEC in a good-faith effort to address the concerns of both the agency and the public. DEC has responded by choosing to willfully ignore these efforts, and instead obstruct the development process until FERC stepped in.

This protest of the FERC ruling by the DEC is just the latest chapter in the ongoing saga of New York’s pipeline opposition. The Northern Access Pipeline would deliver gas from the Marcellus Shale in McKean County, Pa., into Erie County, N.Y., where it would then connect to the existing TransCanada and Tennessee pipeline systems to reach consumers in New York City.

The $455 million project has been projected to create 1,000 to 1,200 jobs during construction. The DEC’s repeated and deliberate obstruction of the pipeline – and other much needed pipelines in the state – provide another example of how New Yorkers are being denied access to lower energy costs, job growth and electrical grid reliability.

While elected officials across the Northeastern region of the country continue their misguided campaign against natural gas, their constituents are suffering the consequences. In previous EID reporting on the absurdity of this campaign, we’ve tabulated the actual costs of this inaction here.

While the consequences of this obstruction affect the residents of the Northeast as a whole, it has an even bigger impact on New York’s citizens. Their communities are within arms-reach of their neighbors in Pennsylvania, a state that has fully embraced the abundant natural gas supplied by the development of the Marcellus shale.

For 10 years, New Yorkers have had a front row seat to watch the Commonwealth experience all the benefits the safe and responsible use of natural gas has to offer. It’s been a Dickenson-esque contrast, a “tale of two states”, where — over the course of a decade of shale development — Pennsylvania and New York’s fortunes could not have possibly grown farther apart. 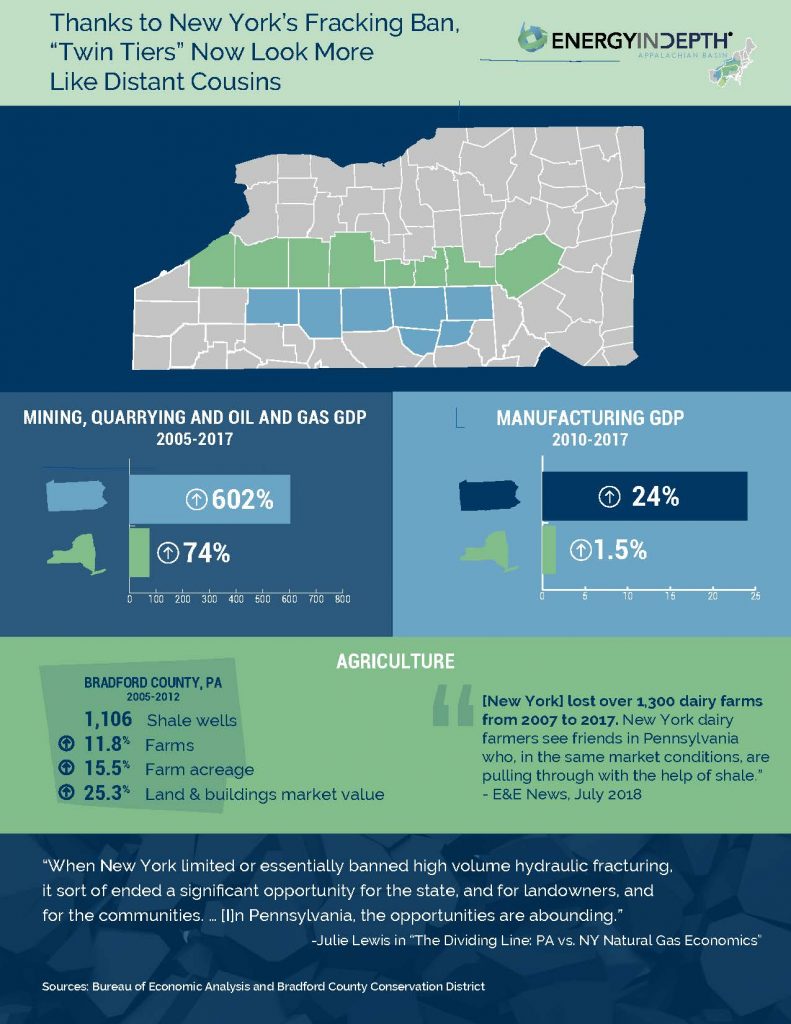 Unfortunately, until government representatives – both elected officials and unelected bureaucrats like those in the DEC – begin to prioritize public health and prosperity over political gimmickry, constituents in New York and other Northeast states will continue to be at a disadvantage.