“Keep It In the Ground” activists have zeroed in on pipeline infrastructure in recent years for activities that risk danger to people and the environment while causing costly construction delays. In response, the U.S. government and multiple states have proposed or passed legislation to address the significant safety concerns created by these activists’ actions.

Most recently, U.S. Sec. of Transportation Elaine Chao submitted a bill to Congress that would both reauthorize the Pipeline and Hazardous Materials Safety Administration’s safety programs through 2023, as well as stiffen criminal penalties for those who damage or destroy pipeline infrastructure. As Association of Oil Pipe Lines President and CEO Andy Black said:

“Members of the public, surrounding communities and the environment are put in danger by attacks on pipeline facilities that Congress can deter by updating federal pipeline safety laws.”

Chao’s proposed federal legislation is in line with a trend that has been developing since 2016, with multiple states filing similar bills in response to acts of vandalism and sabotage on pipelines and related critical infrastructure. 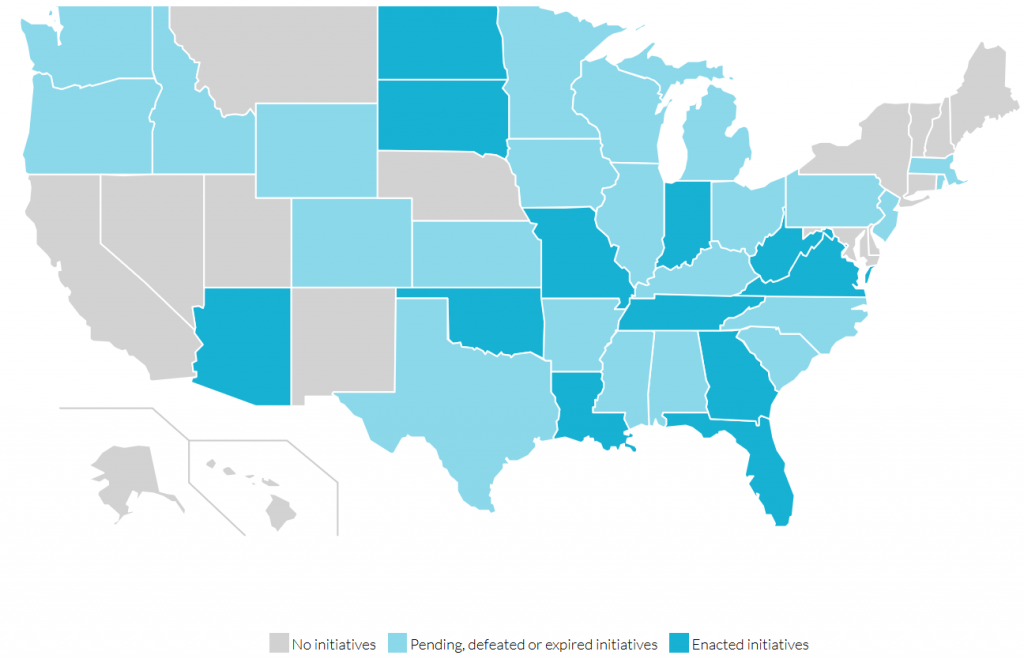 Pipeline safety is at the forefront of federal and state legislative initiatives.

More than 2.5 million miles of pipelines cross the United States because, according to PHMSA, they are “the most feasible, most reliable and safest way” to transport oil and natural gas. And that’s with good cause: 99.9999 percent of the oil, natural gas and liquids that are transported by pipelines safely reach their end destinations, according to data from PHMSA and the Federal Energy Regulatory Commission. As PHMSA explains,

Chao’s legislation would make pipelines an even safer means of transporting these important resources. As the Natural Gas Council said in a statement:

“This is a positive step in achieving a timely reauthorization of the Pipeline Safety Act. Safety is the top priority for the natural gas industry and the government agencies at every level that regulate the production, transportation and delivery of natural gas.”

Despite this, the KIITG movement has targeted pipelines and related infrastructure as a means to halt U.S. oil and natural gas development in recent years. And in doing so, these activists have introduced a new and incredibly dangerous threat that cannot be addressed through safety programs or design solutions: intentional sabotage.

For instance, in October 2016, environmental activists carried out an unprecedented, coordinated attack on five, critical cross-border pipelines between the United States and Canada. In the wee hours of the morning, protestors broke into flow stations and simultaneously shut off valves, disrupting service on these pipelines that collectively transport up to 2.8 million barrels of crude oil a day. That’s roughly 15 percent of daily U.S. consumption that was prevented from entering the country. Unfortunately, this has not been an isolated incident. In fact, this attack emboldened other environmental activists to attack critical pipeline infrastructure — such as in February 2019 when four protestors shut off three pipeline valves in northern Minnesota.

And while disrupting service is in and of itself reprehensible, intentionally destroying pipelines or turning off valves to disrupt service risks a catastrophic incident that could cause loss of life or severe environmental damage. This happened in January, when thieves in Mexico punctured a fuel pipeline, setting off an explosion that killed 91 people. While activists that attack pipelines, such as Jessica Reznicek and Ruby Montoya of Iowa, claim that sabotaging pipelines is “peaceful action” and that they “never threatened human life nor personal property,” the explosion in Mexico is a testament to how incredibly dangerous it is for unqualified people to tamper with pipeline infrastructure.

Accordingly, the Chao’s Protecting our Infrastructure of Pipelines and Enhancing Safety Act of 2019 serves to not only support ongoing safety efforts but also “strengthen the existing criminal penalty measures for damaging or destroying a pipeline facility.” Specifically, the bill states that “vandalism, tampering with, or impeding, disrupting, or inhibiting the operation of a pipeline facility are punishable by criminal fines and imprisonment.” Yet, environmental activists claim that the proposed legislation is an attempt to stifle their First Amendment right to peaceful assembly. The key phrase here being peaceful assembly; our constitutional right to protest does not extend to intentionally sabotaging inherently complex and dangerous equipment, but federal pipeline safety laws have yet to be updated in the face of these unprecedented attacks.

Although sabotaging pipeline infrastructure could easily result in a catastrophic accident, activists are seemingly indifferent to the danger of their actions, claiming that they are just peaceful protestors. This sentiment alone demonstrates the need for updated federal pipeline safety rules — especially enhancing the criminal liability threshold for damaging or impeding pipelines — if disaster is to be averted.

While environmental activists are well within their rights to protest on public property, that doesn’t include breaking into facilities and vandalizing pipelines. Successful passage of the Protecting our Infrastructure of Pipelines and Enhancing Safety Act of 2019 will go a long way to ensuring that environmental activists protest peacefully and do not threaten the safety of the surrounding communities and environment.