Natural gas is supporting Europe’s energy transition and plan for a low carbon future. Today, natural gas supplies over 20 percent of the continent’s energy mix and is expected to remain integral to regional energy planning with the buildup of pipeline and liquified natural gas (LNG) infrastructure.

European natural gas futures surged to record highs last week – growing to nearly five times their September 2019 price. The combination of reduced supply from the Netherland’s Groningen gas field and increased demand post-COVID has spiked residential utility prices and forced withdrawals of natural gas stockpiles to power a reemergent economy. Citizens in the United Kingdom can expect up to a 12 percent increase in energy costs. Spanish citizens are currently protesting a 40 percent increase in electricity prices!

As Europeans continue to plan for their future energy grid, there remains a need for low carbon, affordable energy to maintain affordable residential utility prices. Natural gas will support a diversified energy stream with greater renewable inclusion, but an unreliable partner could threaten the natural gas backbone of the energy transition and residential prices.

If draws on natural gas stockpiles continue without an immediate change in the continent’s energy dynamic, prices will continue to soar well into the winter. Stockpiles are already 20 percent lower than their yearly average. Germany sees the answer to the long-term supply question in the Nord Stream 2 pipeline that will deliver Russian gas to Germany and distribute natural gas to all of Europe – over the objections of many American and European politicians. And Total is betting on a €27 billion project in Iraq that includes natural gas extraction as part of the company’s plan to procure less carbon intensive energy.

These projects are part of the EU’s increase of gas imports to diversify the energy supply and secure low energy costs as the bloc moves towards a low carbon future, but the quality of its energy partners will determine how large a role natural gas will play.

American LNG contracts offer the perfect combination of lower carbon natural gas and flexible contracts when compared to Europe’s natural gas options like Nord Stream 2. Whereas Nord Stream 2 is expected to deliver gas to European consumers for at least 50 years, contracts with American exporters offer greater options, allowing for a spot and short-term basis, in addition to longer 5-10 year contracts.

The European Union imports 70 percent of its natural gas demand and has strongly developed LNG import infrastructure to diversify its supply. Increasing American imports to the bloc will help stabilize the EU’s energy market and build on a long-standing economic relationship.

U.S. shale is the main driver of global gas output in the near future and is exporting LNG in record amounts. The growth potential for natural gas exports accounts for the four export terminals under construction, and the 14 other terminals approved. The volumetric increase in U.S. exports is mirrored in European import infrastructure with 12 LNG import terminals planned and another 11 expansion projects planned, as the below map shows: 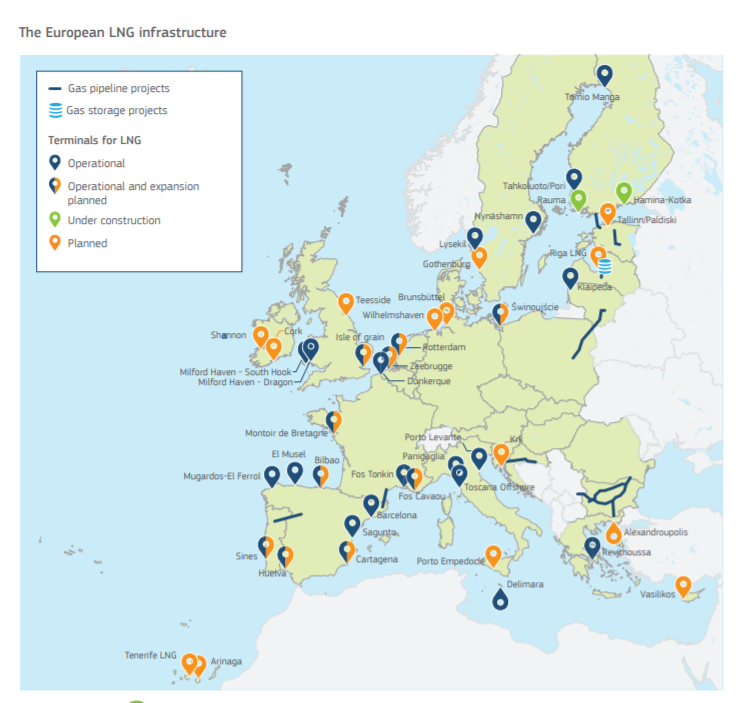 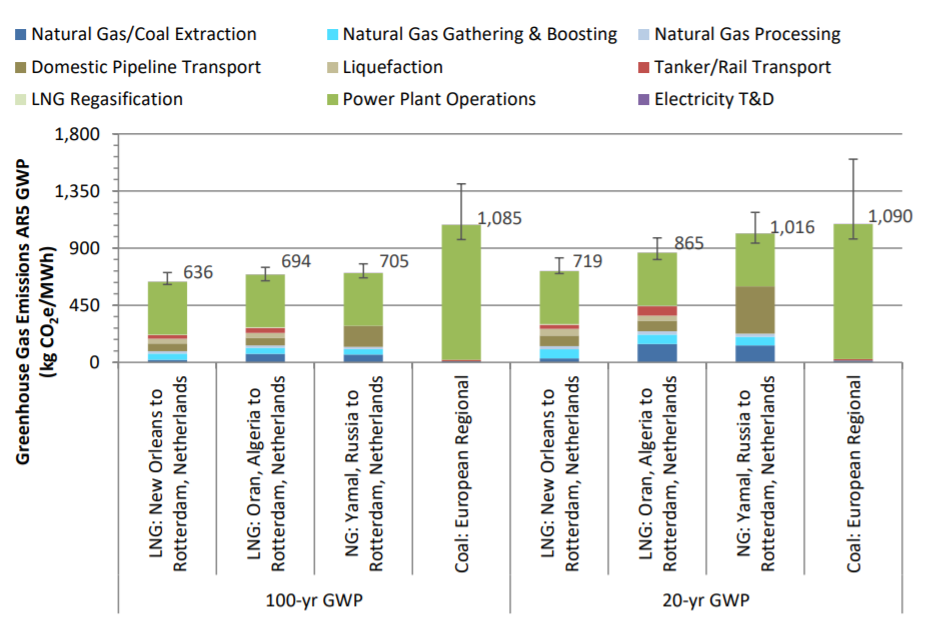 The gap between American producers and other nations will only increase in the near future as more producers look to certify their extractions as low carbon and invest in responsibly sourced gas.

Producers are joining coalitions to reduce methane flaring and the Environmental Partnership recently confirmed a 50 percent drop in gas flared among members.

Industry heavyweights understand the role that reduced carbon natural gas will play in the future and are seizing on the initiative. ExxonMobil will begin measuring and reporting emissions from a New Mexico facility, joining EQT Corp, Seneca Resources and a number of other producers partnering with third party certifiers.

The growing trend to reduce carbon emissions has captured foreign investment in American LNG infrastructure from Qatar. Qatar accounts for a fifth of global LNG supply and exports the lowest cost natural gas on the market, and with their support, the Golden Pass LNG facility will increase the percentage of low carbon resources in the marketplace.

Qatar’s investment is not the only one – Japan is one of many companies directly investing in American shale to secure their energy future. TokyoGas has spent over $600 million on U.S. assets to fulfill their long-term strategy on overseas LNG development operations.

Carbon neutral LNG cargoes have already shipped from U.S. shores destined for Europe and Asia. For countries in both regions, American LNG is a balancing force in the world energy market, providing energy that meets carbon goals and functions as a reliable energy partner.

Qatar and Japan understand that the United States represents the future of the natural gas market with consistently low emissions and growing output. Europe stands to greatly benefit from this understanding, too.