Infographic: More Than $32 Billion Being Invested in Appalachian Basin Pipelines

More than two dozen Federal Energy Regulatory Commission-regulated pipeline projects are feeding $32.6 billion in investments across the Appalachian Basin, according to a new report from Energy In Depth. This infusion of capital will result in roughly 3,500 miles of new, repurposed or replaced pipelines across Ohio, Pennsylvania and West Virginia and generate more than 124,000 jobs.

The Appalachian Basin is projected to produce roughly 31.6 billion cubic feet per day (bcf/d) of natural gas in March, according to the Energy Information Administration. The bulk of this extensive and much-needed regional infrastructure build-out is focused on expanding take-away capacity, enabling the Marcellus and Utica shale gas produced here to be used not only within the tri-state but across the country and even globally. 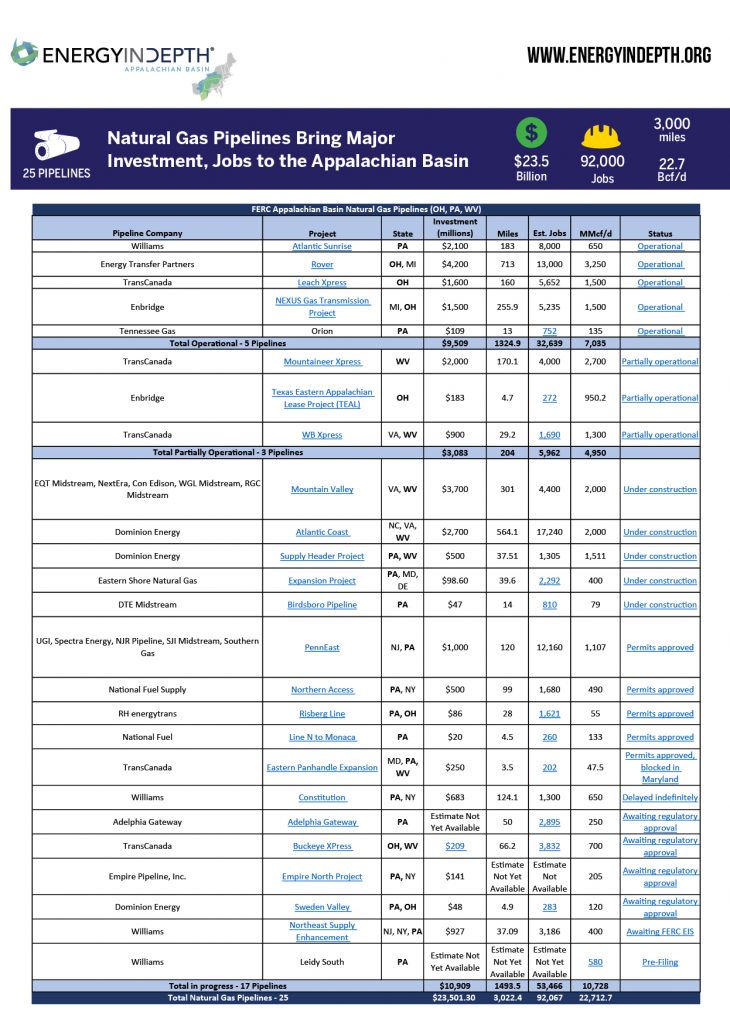 The Appalachian Basin is also quickly becoming the region to watch for increased production of natural gas liquids (NGLs), particularly when it comes to ethane – the “building block” of petrochemical feedstock and plastics manufacturing. As U.S. Energy Secretary Rick Perry recently explained,

“Appalachia’s abundant resources coupled with extensive downstream industrial activity may offer a competitive advantage that could enable it to displace marginal producers and help the U.S. gain global market share in the petrochemical industry.” 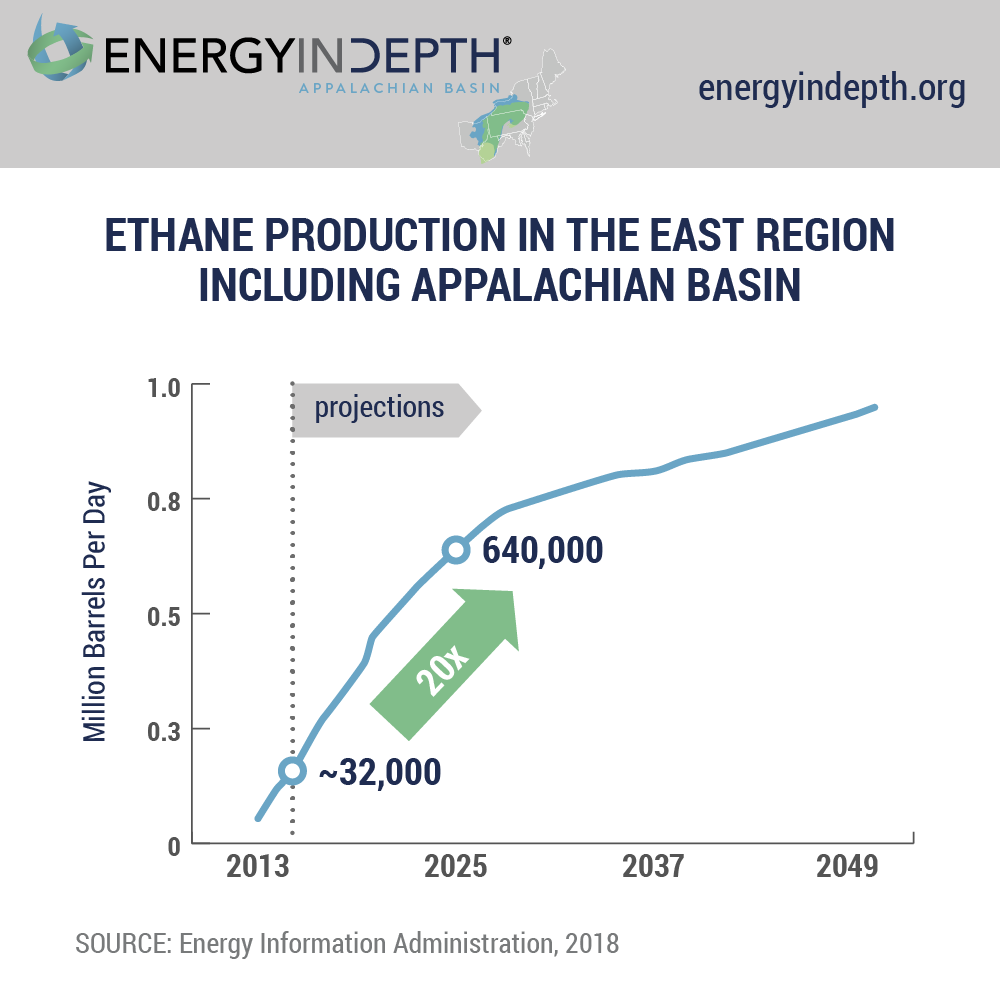 In order to move the massive amounts of NGLs currently and projected to be produced regionally to new planned cracker facilities and regional market hubs, there are at least two pipeline systems in the works. These pipelines will have the capacity to move about 445,000 barrels of NGLs per day once complete, according to EID’s new infographic.

“Keep It In the Ground” efforts to delay pipelines prove costly.

Despite the benefits, activists are attempting to block pipeline development across the Northeast and beyond. A recent Global Energy Institute report revealed that the KIITG movement has cost the United States nearly $92 billion in GDP, $20.3 million in state and local tax revenue, and 728,079 jobs. Efforts to stymie infrastructure bringing natural gas to New England also prove extremely costly to utility customers; residents pay 29 percent more than the national average while major providers are being forced to turn away potential customers.

One such example is the Constitution Pipeline, which would bring much-needed Appalachian gas through New York.

Three years ago, the New York State Department of Environmental Conservation (DEC) denied the pipeline a water quality certification, effectively halting construction on the project and prompting the company to file a petition with FERC. While FERC previously ruled in favor of DEC, it has now agreed to re-consider its decision in light of a U.S. Court of Appeals ruling on a similar, but unrelated hydropower case. If allowed to advance, the 124-mile pipeline would carry 650 MMcf/d of Appalachian gas from Susquehanna County to New York, transporting enough natural gas to serve more than 3 million homes.

“The sad thing is that not all Americans are getting to enjoy that because of some bone-headed political decisions that are made from time to time. In this case, New York, which won’t allow those pipelines to transverse.”

“These states that limit [energy infrastructure] because of their political concerns jeopardize their future of their citizens, not just economically but literally, I will suggest, jeopardizing their lives.” (emphasis added)

It’s clear that the shale revolution has been and will continue to provide a major economic driver for the Appalachian region. Industry investments will bring new jobs and economic opportunity to local communities and will help relieve energy constraints across the Northeast.